One Junior Commissioned Officer was also injured in the crash and is critical. 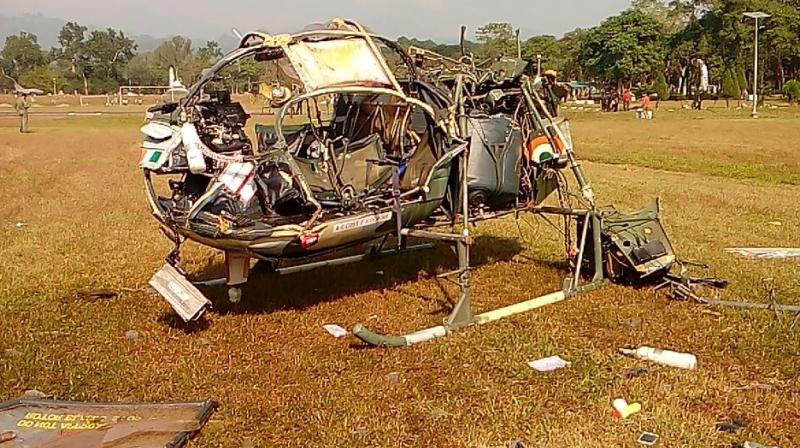 Cheetah helicopter crashed at around 10.30 AM. (Photo: DC)

Kolkata: Three officers were killed and a junior commissioned officer (JCO) was injured as an Army chopper crashed on Wednesday in West Bengal’s Sukna district.

While three officers died on the spot, a JCO was evacuated and admitted to a hospital in a critical condition.

"Three officers died in the crash. The condition of the JCO is critical. An inquiry has been ordered. It was a routine mission operating from Sukna and the crash happened when the chopper was about to land. Crash site is inside Sukna military base, near the helipad," he said.

The army's 33 Corps is based at Sukna and all aircraft of the Army are run by Army Aviation Corps.

A Court of Inquiry has been ordered into the incident.