Shameful: CPI(M) shuns govt's decision on separation of Ladakh from J&K on Oct 31

With effect from Oct 31, Jammu and Kashmir will be bifurcated into two UTs -- J&K, and Ladakh. 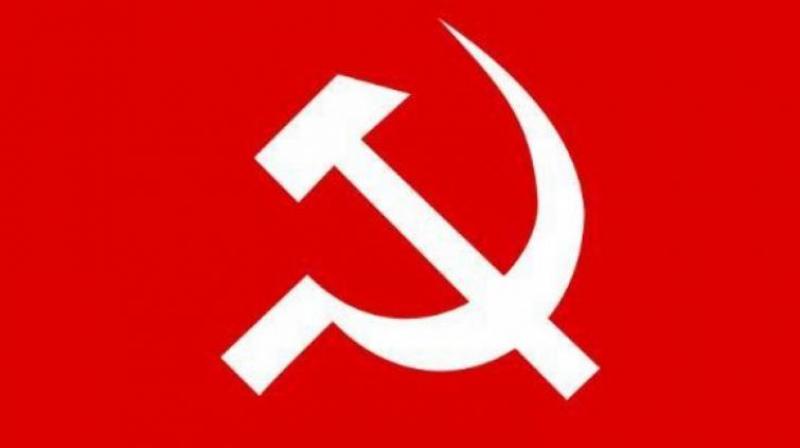 'The CPI(M) reiterates its strong opposition to the abrogation of Sec 370 as well as the division and reduced status of the State of J&K,' the Polit Bureau of thepaty said. (Photo: File)

New Delhi: The CPI(M) on Wednesday termed as "shameful" the central government's decision to formally declare the separation of Ladakh from Jammu and Kashmir on October 31 and said the state was "divided" without taking the opinion of its citizens.

"The CPI(M) reiterates its strong opposition to the abrogation of Sec 370 as well as the division and reduced status of the State of Jammu & Kashmir," the Polit Bureau of the Communist Party of India (Marxist) said in a press statement.

"It is a shameful day for India's democracy that a state should be divided and deprived of its status as a full-fledged state without any reference to the opinion of the people of the state or its state Assembly," it added.

The Centre had, on August 5, announced abrogation of the special status given to Jammu and Kashmir under Article 370 of the Constitution.

"This is in blatant violation of Article 3 of the Constitution of India and there is nothing to celebrate on this day for those who uphold constitutional values including the federal structure of the country," the statement added.

It is a matter of record including from the memoirs of Vallabhbhai Patel that he was not only a party to, but also involved in the drafting of Section 370, the CPI(M) said.

"No political activity is allowed except by the BJP and its organisations. The voice of Kashmir has been forcibly suppressed. The main leaders of recognized political parties and many others are still in jail. The lockdown and shutdown continue," the statement said.