He has been sent to judicial custody till November 6. 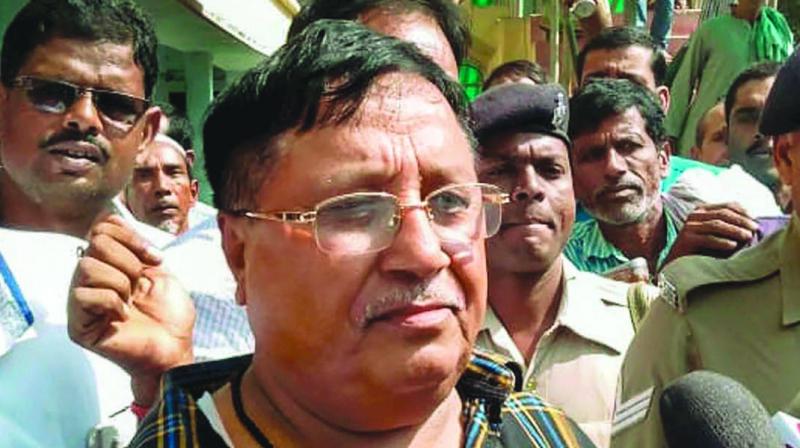 Patna: After being on the run for almost two months, Chandrasekhar Verma, husband of former minister Manju Verma surrendered in the Begusarai district Court on Monday in connection with the Muzaffarpur shelter home sexual abuse case.

He has been sent to judicial custody till November 6. Lawyers said Mr Verma, surrendered after his bail petition was rejected by both the lower as well as Patna High Court earlier this month.

In August an FIR in connection with arms act was also registered against Mr Verma after CBI investigating Muzaffarpur shelter home case recovered 40 live cartridges from his house during a raid.

According to the police, Mr Verma’s surrender was the result of a massive crackdown against him.

“The police was planning to attach his properties on the directives of a local court where he didn’t appear for hearing in connection with the arms act case,” Begusrai SP Awkash Kumar said.

His name in the case had surfaced in July this year after Sheeba Kumari wife of Child Protection Officer (CPO) Ravi Raushan who was arrested for his involvement in the case had alleged that Verma used to visit shelter home frequently.

“My name was dragged into the whole incident. I have nothing to do with the case somebody who was sent to prison in connection with the case took my name unnecessarily. I have surrendered now and hope to get justice”, Mr Verma told reporters on Monday.