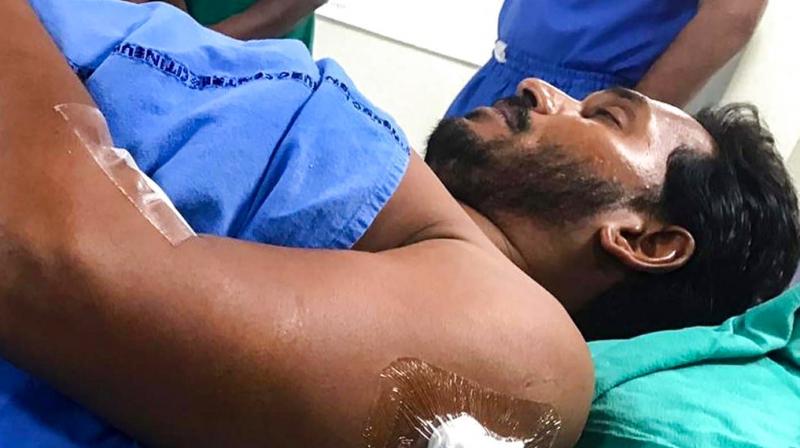 Jaganmohan Reddy suffered minor injuries on Thursday after being stabbed at the Visakhapatnam airport by an employee. The attacker, J Sriniwas Rao, 30, claimed to be his big fan. (Photo: PTI)

New Delhi: The YSR Congress Party on Tuesday demanded a CBI or judicial probe into the recent attack on its chief YS Jagan Mohan Reddy at Visakhapatnam airport and alleged that the incident was a "conspiracy" hatched by Chief Minister N Chandrababu Naidu.

The party, however, asserted that Jagan Reddy will continue his 'padayatra' across the state, undeterred by such attacks.

YSRCP also questioned the police's handling of the case. Another party leader Varaprasad Rao said the probe was only focused on the accused and not on conspirators.

"We want conspirators to be probed. This is not possible with the Andhra Pradesh police. Hence, we want a central agency to investigate the case," he added.

Jaganmohan Reddy suffered minor injuries on Thursday after being stabbed at the Visakhapatnam airport by an employee. The attacker, J Sriniwas Rao, 30, claimed to be his big fan.