Last week, a group of people moved the Mathura court over the Shahi Idgah mosque they claim was built at birthplace of Lord Krishna 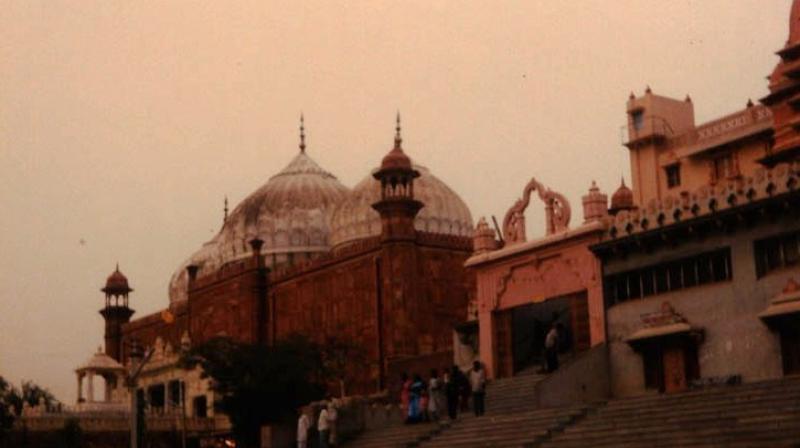 Mathura: A Mathura court on Wednesday dismissed the plea seeking the removal of a mosque near the birthplace of Lord Krishna here, the petitioners' counsel said.

We will move the upper court as several pertinent issues have not been considered by the court, the counsel for the plaintiffs, Hari Shankar Jain, said.

Last week, a group of people moved the Mathura court over the 17th century Shahi Idgah mosque they claim was built at the birthplace of Lord Krishna, within the 13.37-acre premises of the Katra Keshav Dev temple.

The suit, which was filed in the court of civil judge, senior division, demanded the annulment of an earlier Mathura court ruling, ratifying a land deal reached between the Shri Krishna Janmasthan Seva Sansthan and the Shahi Idgah Management Committee on the mosque.

The suit was filed on behalf of child deity Bhagwan Shrikrishna Virajman, through the "next friend" Ranjana Agnihotri and seven others, Jain said.

Next friend is a legal term for a person who represents someone directly unable to maintain a suit.

The plaintiffs sought an order directing the mosque management to "remove the construction raised by them encroaching upon the land within the area of the Katra Ksehav Dev temple".

The plea demanded prohibitory injunctions restraining the defendants, their workers, supporters, men, attorneys and every person acting under them from entering the 13.37-acre premises.