The cop got severely injured after terrorists hurled a grenade and opened firing on police station in south Kashmir. 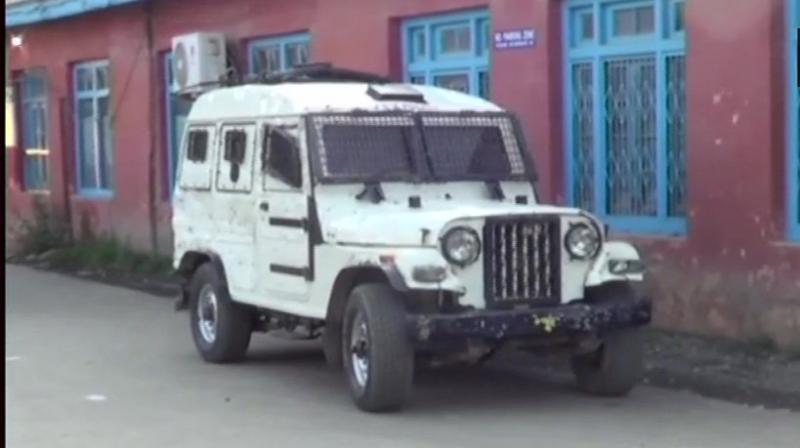 The area has been cordoned off and a search operation is underway. (Photo: ANI)

The cop, identified as constable Saqib Mir, got severely injured after terrorists hurled a grenade and opened indiscriminate firing on the police station in south Kashmir. Mir was taken to the hospital, where he succumbed to his injuries.

According to reports, the terrorists managed to escape after the attack. The area has been cordoned off and a search operation is underway.