All India Radio has decided that the historic event will be marked by year-long celebrations beginning this week right up till Oct 1,2019. 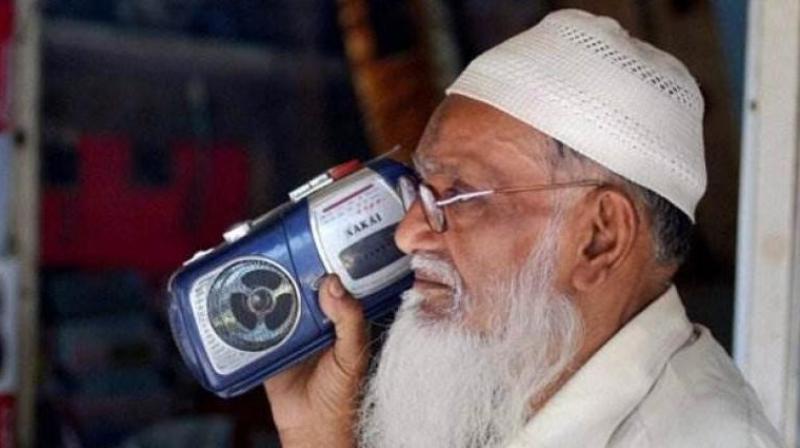 The AIR's External Services Division broadcasts programmes that have a reach of over 150 countries through short and medium wave. (Photo: File)

New Delhi: On October 1, 1939, the All India Radio made its first broadcast for foreign listeners -- a Pashto service started by the then British rulers to counter the Nazi Germany propaganda during World War II.

The national radio broadcaster has decided that the 80th anniversary of the historic event will be marked by year-long celebrations beginning this week right up till October 1 next year.

The external services of the All India Radio (AIR), though began with the aim of serving the propaganda of the British colonialists, have now transformed into the "voice of India" at the world stage, officials said.

"The missions are going to circulate the material that we have sent them to sensitise the listeners in their respective countries about AIR's external services," he said.

To mark the 80th anniversary of the AIR's first external broadcast next year, starting with tomorrow's cultural programme at Siri Fort, events have been planned all the year round, Mazumdar said.

"We are trying to collaborate with the Indian Council for Cultural Relations to organise cultural events in select countries. External broadcast will be popularised through these events," he said.

The AIR's External Services Division broadcasts programmes that have a reach of over 150 countries through short and medium wave.

As one of the oldest international broadcasting services that began in 1939, it offers news bulletins and other programmes in 28 languages. Fourteen out of the 28 language services are for the immediate neighbourhood.

The foreign language services include Arabic, Baluchi, Burmese, Chinese, Dari, French, Indonesian, Persian, and Baloch, while plans are underway to start services in Japanese and Bhutanese.

The events in India to mark the 80th anniversary of the first external broadcast include webinars and seminars where stalwarts of international broadcast will talk about ways to strengthen the external services, Mazumdar said.

"This is one service where we are trying to showcase the best of India. We are also trying to put India's point of view and right perspective in the face of a lot of misinformation which has been circulated by countries with which we have a worrisome relationship," the senior AIR official said.