RSS Chief said the country has already been facing problem of illegal Bangladeshi migrants and now Rohingyas have infiltrated as well. 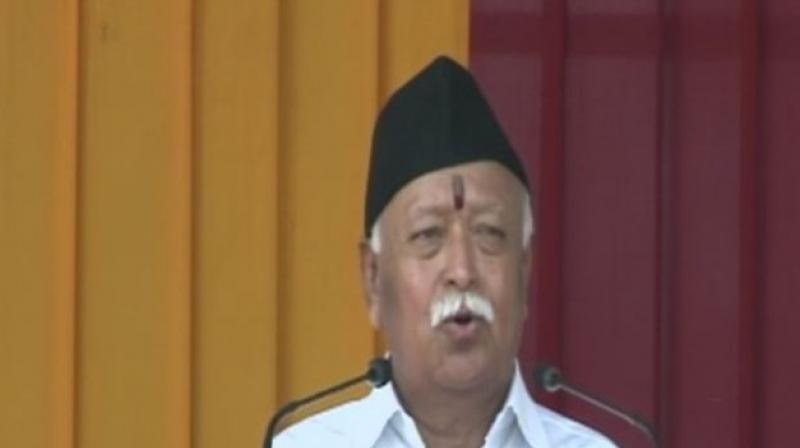 Addressing a Vijayadashami programme at Nagpur in Maharashtra, the RSS Chief said, "If we give shelter to Rohingyas, they will not only put pressure on our jobs, but also pose a threat to national security."

The RSS Chief also said that Rohingyas have Jihadi links. He added, “Rohingyas have link with Jihad and that is why the government of the other country is acting strict against them."

He further went on to add that the country has already been facing problem of illegal Bangladeshi migrants and now Rohingyas have infiltrated into India as well.

Bhagwat said, "We had not even completely solved problem of Bangladeshi intrusion when problem of Myanmar has been heaped on us."

The RSS Chief praised the Centre for ending the standoff with China on Doklam. Bhagwat said, "Just see how bravely and with determination, we protected nation in Doklam without compromising pride."

Bhagwat also expressed his condolences to victims of families of Elphinstone Road railway foot overbridge stampede. The RSS Chief said, "Deeply saddened by incident which occurred yesterday. My condolences to families of those who lost their lives."