Tom Alter passed away on late Friday night after battling with stage four skin cancer. He was 67. 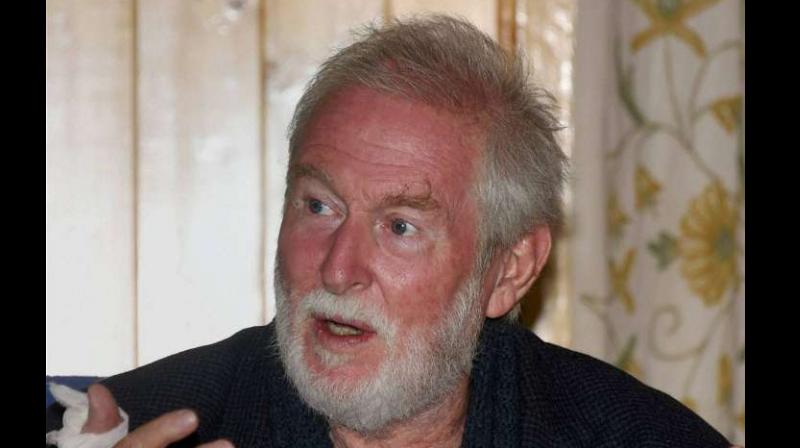 Mumbai: Veteran theatre, film and television actor Tom Alter has passed away. He was 67.

According to the family sources, Alter, who was battling skin cancer, passed away on Friday night at his residence in Mumbai.

"It is with sadness we announce the death of Tom Alter, actor, writer, director, Padma Shri, and our dear husband and father. Tom passed away Friday night at home with his family and close family members in attendance. We ask for their privacy to be respected at this time," statement released on behalf of his family read.

Indian actor of American descent, Alter was the son of American missionary parents. He was born in 1950 in Mussoorie.

He studied at Woodstock School in Mussoorie and later at Pune's Film and Television Institute.

His first Hindi film to be released was Ramanand Sagar's Charas in 1976. His acting credits also include "Aashiqui", "Parinda", "Sardar Patel" and "Gandhi".

He also worked in Bengali, Assamese and Telugu cinema.

A cricket enthusiast, he also wrote for several sporting journals and was a published author.

His last film was "Sargoshiyan" with Alok Nath and Farida Jalal. The film released in May 2017.

Alter's presence in theatre has been noteworthy as well.

His play, "In Ghalib In Delhi", was performed across the country. He played the lead role of legendary poet Mirza Ghalib.

Alter was also a sports journalist and was the first person to interview Sachin Tendulkar for TV when the cricketer was yet to debut for India.

The actor was awarded Padma Shri in 2008 for his services to the field of arts and cinema.

Alter is survived by his wife Carol, son Jamie, and daughter Afshaan.