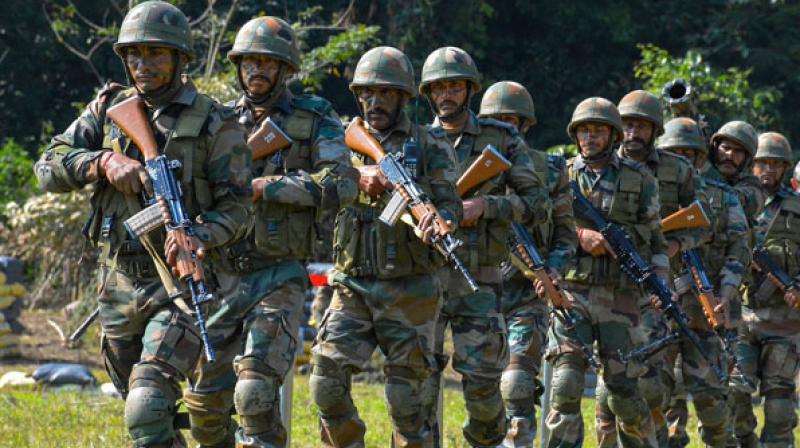 New Delhi: India has withdrawn from multi-nation military exercise "Kavkaz 2020" in Russia next month as China was one of the participating countries.

The exercise Kavkaz is being held in Astrakhan region of Southern Russia from 15-27 September 2020. The military exercise is part of a four year exercise cycle of the Russian army and the name is based on the region where these exercises are held.

As per the earlier plan India's participation in the exercise was to be a company level strength (180 troops from an infantry battalion plus elements of other arms) along with elements of IAF and observers from the Indian Navy.

Some 13,000 troops will participate in the exercise. China is likely to participate with substantial numbers of naval surface combatants.

The aim of the exercise is to provide real-time training to counter international terrorism in the Northern and Caucasus region.

The current exercise setting will involve both offensive and defensive operations against international terror organisations.

Meanwhile, defence ministry in a statement said that Russia and India are close and privileged strategic partners.  At Russia's invitation India has been participating in many international events.

"However, in view of Pandemic and consequent difficulties in exercise, including arrangements of logistics, India has decided not to send contingent this year to Kavkaz-2020. The same has been informed to the Russian side," said defence ministry.