Misra was one of the first retired bureaucrats inducted into PMO after Narendra Modi-led BJP won the 2014 national elections. 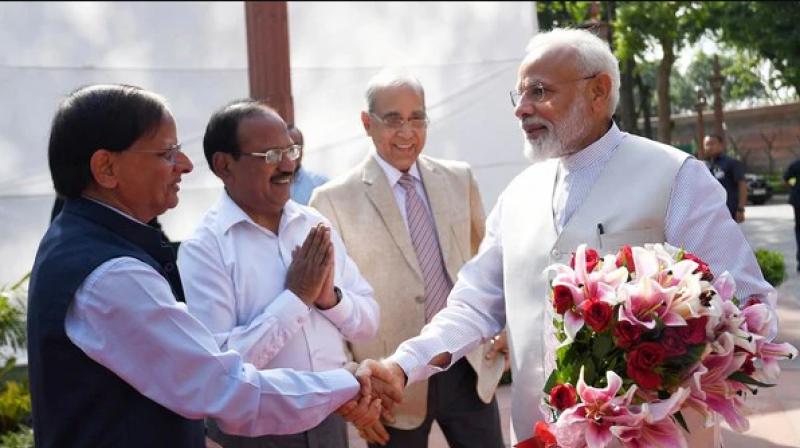 “Been a privilege to serve country under PM Modi ji. Deeply grateful to him for this opportunity and complete confidence he placed in me. Time now for me to move on, even as I remain devoted to public causes and national interest,” he said.

Misra was one of the first retired bureaucrats inducted into the Prime Minister’s Office after Narendra Modi-led Bharatiya Janata Party won the 2014 national elections.

When PM Modi returned to power with a bigger majority in May, he had retained his core team at the PMO to build on their strengths: Nripendra Misra’s expertise in economy and delivery, additional principal secretary Pramod Kumar Misra’s management of key bureaucratic appointments and probity in the government, and National Security Adviser Ajit Doval handling of national security, reported Hindustan Times.

Nripendra Misra’s decision to exit the PMO is being attributed to personal reasons.