The MEA spokesperson said that the South China Sea is part of the global commons. 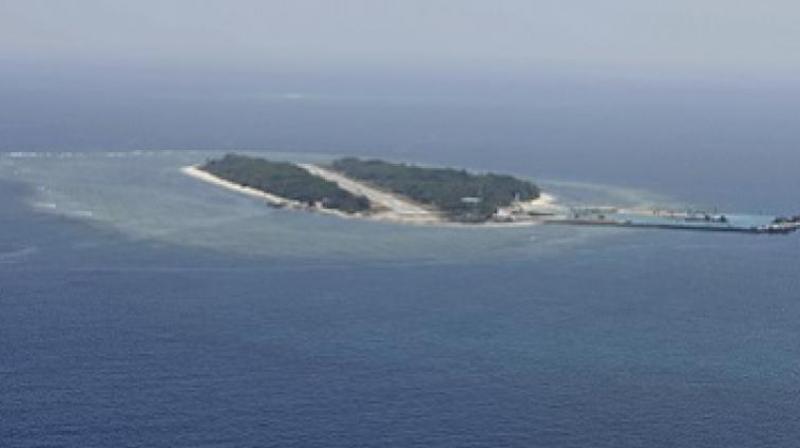 In a veiled message to Beijing intended to caution it over recent maritime tensions in the South China Sea between China and Vietnam, India on Thursday said it stood for freedom of navigation while cautioning against any use of force. (Photo: Representational Image)

New Delhi: In a veiled message to Beijing intended to caution it over recent maritime tensions in the South China Sea between China and Vietnam, India on Thursday said it stood for freedom of navigation while cautioning against any use of force.

In a statement, the MEA spokesperson said, “The South China Sea is part of the global commons.

India, therefore, has an abiding interest in the peace and stability in the region. India firmly stands for the freedom of navigation and over-flight, and unimpeded lawful commerce, in the international waters, in accordance with international laws, notably UNCLOS.”

The MEA added, “India also believes that any differences must be resolved peacefully by respecting the legal and diplomatic processes, and without resorting to threat or use of force.”

It may be recalled that India had earlier this month made it clear that there had been no stop in Indian oil exploration activities (in Vietnamese waters) despite reports of brewing tension between old rivals China and Vietnam in the South China Sea. The MEA had said India had “significant economic and trade interests” in the area and had a “genuine interests” in “access to major waterways” in that region.

Even as tension simmers between China and Vietnam in waters that the latter views as part of its Economic Exclusive Zone (EEZ), sources had earlier said there are indications that India is hoping that both Beijing and Hanoi resolve the issue bilaterally. Vietnam and China have a maritime dispute in the region.

However, New Delhi is understood to be watching the situation closely in the wake of reports of Chinese naval vessels monitoring activity in waters that Vietnam considers its own EEZ.

New Delhi has been conducting oil exploration activities in cooperation with Hanoi within waters that Vietnam considers its own EEZ.

Earlier this month, diplomatic sources had indicated that the reported movement of Chinese vessels in waters in the area that seems to have triggered the latest round of maritime tension between China and Vietnam could be “somewhat near” to the site of Indian oil exploration efforts in the maritime region.