In a statement issued by the civil rights group People’s Union for Democratic Rights of which Mr Navlakha is a part. 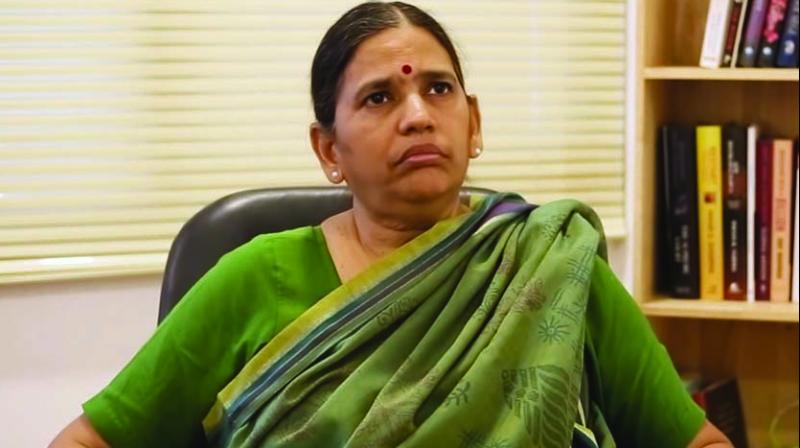 New Delhi: Civil liberties activist Gautam Navlakha,  arrested for suspected links with Maoists, on Wednesday alleged that the case against him was a “political ploy” of the government to target dissent. Another civil rights activist Anand Teltumbde, whose house was also raided, went a step further, saying  that the government was “misusing” the draconian UAPA law to terrorise people into “silence” by targeting select intellectuals and activists.

Mr Navlakha, who has been confined to his Delhi residence, said  that the entire the case was  a political ploy against political dissent by this vindictive and cowardly government, which was bent upon shielding the real culprits of Bhima Koregaon and thus divert attention from its own scams and failures which stretch from Kashmir to Kerala.

In a statement issued by the civil rights group People’s Union for Democratic Rights of which Mr Navlakha is a part. He said :  “A political trial must be fought politically and I welcome this opportunity. I have to do nothing. It is for the Maharashtra police, working at the behest of their political masters, to prove their case against me, and my comrades who too have been arrested.”

Mr Navlakha said  PUDR has collectively and fearlessly fought for more than 40 years for the cause of democratic rights and he has covered many such trials as part of the organisation.   “Now I myself will be a witness to a political trial with a ringside view,” he said and also tagged a revolutionary song, “Tu zinda hai toh zindagi ki jeet par yakeen kar...”, often sung by Leftists.

Urging the judiciary to take note of the “monumental harassment and torture” of innocent people like him were undergoing, Mr Teltumbde in a statement, described the circumstances in which the raid was conducted at his residence in Goa.

Mr Teltumbde, senior professor and Chair, Big Data Analytics at the Goa Institute of Management, said he came to know of the raids after his house on the campus had already been searched. He said :  “They enquired about me and picked up one security person from the main gate for showing the house. At the second gate, they repeated the same, taking away all cell phones and disconnecting the phone line, and came over to our house. They threatened the security guard to get the keys. He brought the duplicate keys and the process of opening the house took place.. The entire process is conducted as though I was a dreaded terrorist or criminal.”

In his statement,  the activist said in his role as a public intellectual, he has been critical of the policies of the government which he said were “voiced in not a superficial way but with scholastic discipline”.

Trade unionist and lawyer Sudha Bharadwaj, who too was picked up by the Maharashtra Police, said those speaking against human rights violation and fighting for the rights of Dalits and tribals are being targeted by the “present regime”.

Ms Bharadwaj told reporters : “ “I think whatever is the opposition to the present regime, whether it is on Dalit rights, tribal rights, or human rights, everybody who is in the opposition is being rounded up in this manner. .. My mobile, laptop and pen drive has been seized. I apprehend they are going to play around with this data. My Gmail and Twitter passwords have also been taken.”

Her daughter, Anu Bharadwaj, said, “There were ten people. Among them only one was a lady constable from the Haryana police. Others were from the Mahara-shtra police. When Mom asked for search warrant, they said they did not have it. “They did have some other document. That is why, mom allowed them to come inside,” Ms Bharadwaj added.