40 lakh left out of draft list of NRC in Assam, no threat of deportation

In final draft of National Register of Citizens 2,89,83, 677 have been found eligible among 3.29 crore total applicants. 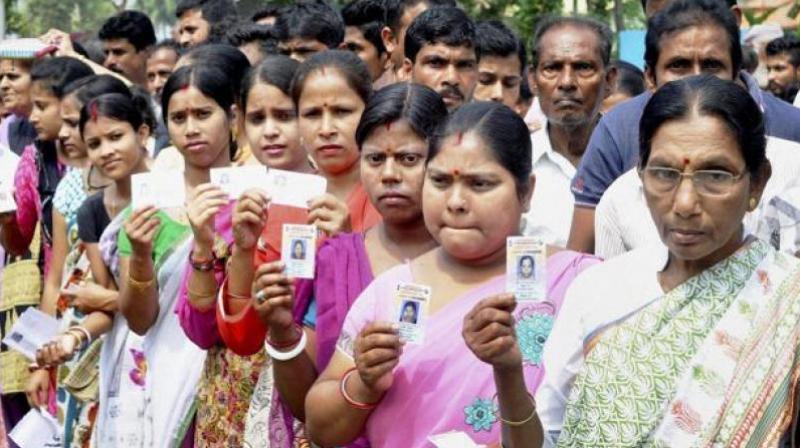 Those who have been left out can apply for claims and objections, said State NRC Coordinator Prateek Hajela. (Photo: PTI)

The forty lakh now on the edge to prove their nationality will have to apply for claims and objections, said State NRC Coordinator Prateek Hajela. Applications will be taken till September 30 until which time no one will be considered an illegal immigrant.

Officials also requested people not to panic if their names did not appear on the list as "all genuine applicants would get ample time for claims and objections".

Officials asserted that this is only a draft, and no one would be deported and punished based on it.

"Based on this draft no reference case will be sent to the foreigner tribunal or put in a detention Centre," said Satyendra Garg, home ministry officer in-charge of the northeast.

Nearly 40 lakh citizens have been left out in the draft list, said Satyendra Garg, Joint Secretary of Northeast Affairs of Ministry of Home Affairs.

Garg said that the citizens who have been left out will be given "opportunity" to prove their citizenship claims.

Prateek Hajela said, "It's a historic day in the country and Assam towards fulfillment of a major milestone of publishing draft under monitoring of Supreme Court. The exercise of the NRC in its scale size is unprecedented."

The NRC has been updated for the first time since 1951 to account for illegal migration into Assam from Bangladesh.

Security has been strengthened and the Centre has sent extra troops to maintain order in the state.

The updated list counts only those as Assam’s citizens who can prove they were living in the state before March 21, 1971.

The list has included descendants of those whose names were in the 1951 list and also those who were voters in Assam till March 24, 1971. Descendants of those who can prove they were Indian citizens till March 24, 1971 are also on the NRC list. Those who came between January 1, 1966 and March 25, 1971 and registered themselves with the Foreigners Registration Regional officer have also been considered Indian citizens.

The first list of 1.90 crores was released on December 30.

India maintains that hundreds of thousands of people have illegally entered the country from neighbouring Bangladesh over decades and settled down in the northeast. Bangladesh rejects the claim.

The application process for inclusion in India's national register started in 2015.