Yet, when the police killed Anandpal Singh in an encounter last month, there was public outcry for a CBI inquiry. 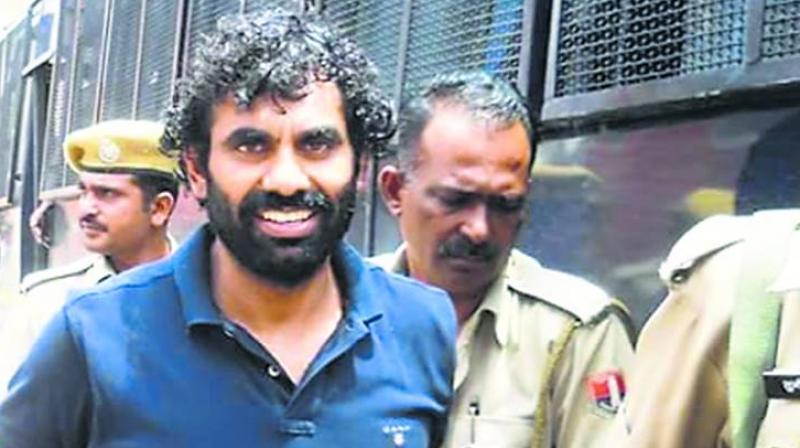 Jaipur: With 37 cases of murder, kidnapping and extortion against him, Anandpal Singh was undoubtedly Rajasthan’s most feared criminal in the recent past. Such was his terror that he was always escorted by a hundred policemen before his filmy style escape one and a half years ago.

Yet, when the police killed him in an encounter last month, there was public outcry for a CBI inquiry. Under pressure from Rajput community — its core votebank — Vasundhara Raje government finally obliged.

This was 10th case handed over to CBI in last eight years. Of these, the CBI has rejected two cases while another was accepted after four times rejection. Even in remaining seven cases, the CBI has not been able to make much headway. 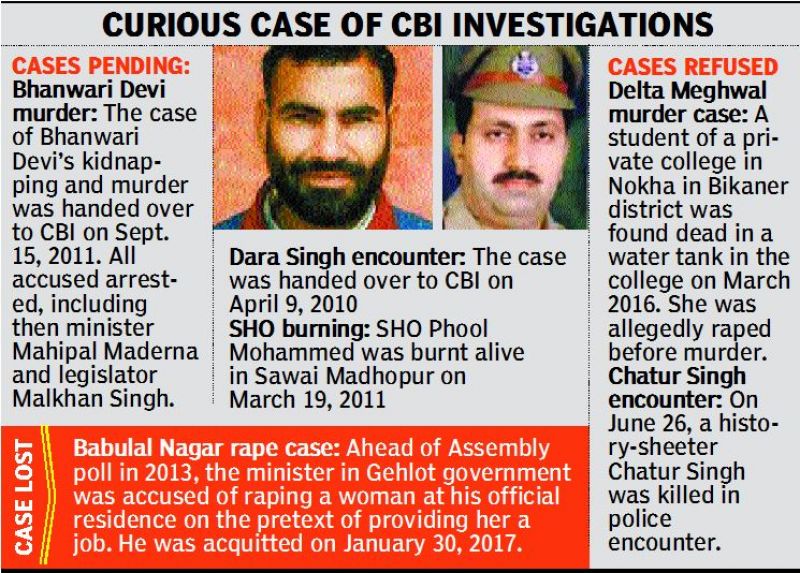 Former Congress minister Babulal Nagar was acquitted in a rape case against him. In another high-profile Bhanwari Devi murder case, involving senior Congress leaders Mahipal Maderna and Malkhan Singh, witnesses turned hostile, while rest are pending in courts or under investigation. In fact, in last one decade, on court directives, the CBI has investigated two dozen cases related to Rajasthan although the government has no update.

Even though, there has been no let up in demand for the CBI inquiry. A senior police officer attributed this to distrust in the local police. “People trust it because they believe it is relatively difficult to influence the CBI,” he said. However, more often than not the demand is also driven by political interests — either to settle political score or under compulsion of vote bank politics.

BJP leader and former Jaipur mayor Pankaj Joshi filed a corruption case against Congress leaders Ashok Gehlot and Sachin Pilot and the matter was instantly handed over to the CBI. Now, the Congress wants CBI inquiry in Delta Meghwal’s rape and murder case because the accused is believed to affiliated to the Sangh. If Rajput community pressurised the Raje government in Anandpal’s case, the Jats demanded CBI inquiry in Dara Singh’s encounter. Interestingly, the CBI which investigated the case on Supreme Court’s directives was left in lurch after Dara Singh’s wife Sushila Devi turned hostile midway.