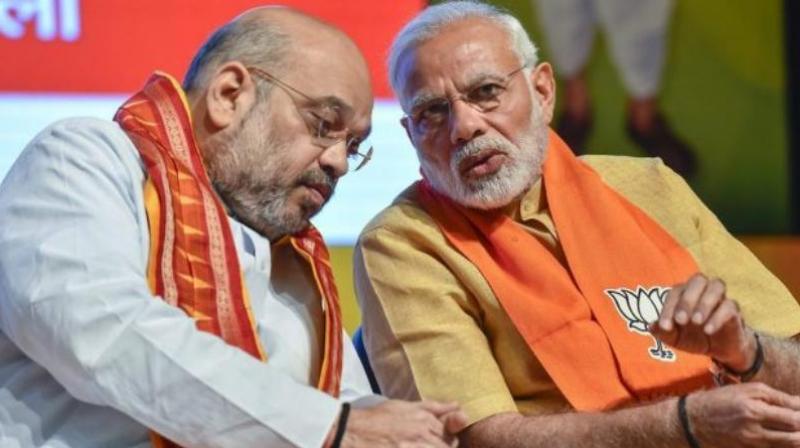 New Delhi: Prime Minister Narendra Modi on Tuesday held a meeting with defence minister Rajnath Singh, home minister Amit Shah, civil aviation minister Hardeep Singh Puri and National Security Advisor (NSA) Ajit Doval on the drone attack on the Indian Air Force's Jammu Air Base. They also discussed making the drone policy in the country tighter to avoid its misuse. A new policy on drone use by civilians in the country is expected to be released soon. It could include a ban on the use of drones by civilians in many sensitive areas.

"There were discussions on futuristic challenges in the defence sector and equipping the forces with modern equipment and aspects relating to the involvement of more youth, startups and strategic community were also discussed," said sources.

Earlier during the day, defence minister Rajnath Singh is reported to have attended a presentation by top officials of the Indian Air Force about the drone attack on the Jammu Air Base and ways to strengthen security at military air bases across the country.

The drone attack on the air station has emerged as a new security challenge. Even on Sunday and Monday there were reports of drones being spotted near military establishments in the Jammu region.

In recent months terrorists from Pakistan have been increasingly using drones to drop weapons and drugs across the International Border in Jammu and Punjab.

In the first ever drone attack on Indian soil, two drones were used to drop low-intensity improvised explosive devices (IEDs) on Indian Air Force's Jammu air base on the intervening night of June 26-27. The ministry of home affairs (MHA) has handed over the probe into the first-of-its-kind terror attack in the country to the National Investigation Agency (NIA).

Drones have emerged as the new security threat across the world and analysts have long feared they could be used by terrorists to launch attacks in India, too.

The Islamic State and Iran-based militias have been using drones to carry out attacks in Iraq.

In 2019, drone attacks claimed by Yemen’s Houthi rebels had hit two key oil installations inside Saudi Arabia that had damaged facilities that processed the vast majority of the country’s crude output.