The chopper started spinning as soon as it left the ground. 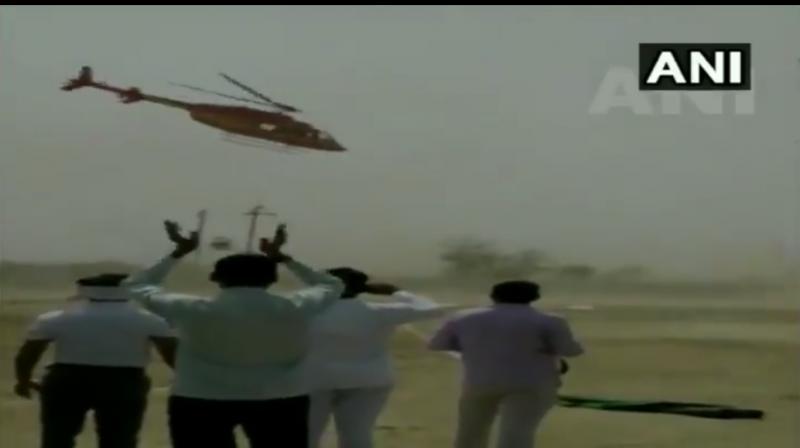 There was one man seen clapping on the scene when the chopper was spinning. (Photo: ANI)

Alwar: A BJP lawmaker in Rajasthan barely escaped after the helicopter in which he was flying appeared to have lost control for a while. The helicopter carrying Mahant Balaknath, the lawmaker in Alwar, began spinning rapidly just after it took off from a ground.

The video shows the chopper, just a few metres above the ground, spinning violently. Locals can be heard shouting and waving as the helicopter kicks up dust on the ground.

#WATCH Alwar: Chopper with Alwar BJP MP Mahant Balaknath onboard appeared to have lost control but regained it later and flew off. #Rajasthan pic.twitter.com/aIHaIHTMuh