Kathuria said his wife had mentioned that weather conditions were not conducive for test flight to be conducted for the small plane. 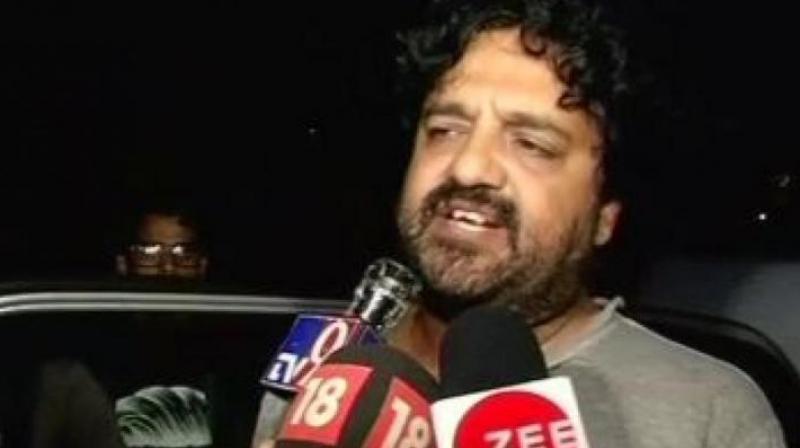 Prabhat Kathuria, the husband of Marya Zuberi, the co-pilot who along with four others was killed in the incident, is still to come to terms with the loss. (Photo: ANI)

Mumbai: Husband of the co-pilot of the chartered plane, which crashed in suburban Ghatkopar on Thursday, sought to know who cleared the flight despite the adverse weather conditions and if the aircraft was fit for flying.

Prabhat Kathuria, the husband of Marya Zuberi, the co-pilot who along with four others was killed in the incident, is still to come to terms with the loss.

In a statement issued in Mumbai, he said, "The company involved in the ill-fated plane's repairs seems to have been incapable of detecting the technical snags that could have led to its crash."

Kathuria said that his wife had mentioned to him that the weather conditions were not conducive for a test flight to be conducted for a small plane like Beechcraft King Air C90 aircraft.

"She left the house assuring me she would return rather soon as the weather conditions were clearly not right for a test flight of a small plane such as the Beachcraft King Air twin turboprop," he said.

"She was sure that the permission to undertake such a flight would not be given," the statement read.

"Considering Captain (Pradip) Rajput held and shared the same view with Marya, I was confident they would not fly this day. The weather conditions were just not right," he said.

Kathuria also questioned if the aircraft was fit to fly.

"We know that the aircraft was well beyond its prime. We know it was more than 20 years old. We know it had already had an accident in 2009 and that the UP government chose to sell it rather than spend on its repairs. Considering all... the family of Marya Zuberi wants answers. We want to know who exactly was at fault," he said.

Kathuria said UY Aviation, the owners of the aircraft, "seem to have completely disregarded their responsibility to check whether such a plane should go off the ground".

Pointing out that the DGCA norms do not permit test flights of small planes in the rainy weather, Kathuria asked who allowed the flight to take off in the first place.

"Did officers within the agency allow the flight, that clearly flouted its own norms? We want to know who took the call from DGCA's side," he said.

Kathuria also said that neither government agencies nor the owner of the aircraft had contacted the family members of the victims since the crash.

"So far the government structures and the companies have both failed us... The families of the victims are still to receive a word from any of these agencies," he said.

Five people -- four crew members including two pilots and a pedestrian -- lost their lives when the 12-seater plane crashed into an under-construction building on Thursday afternoon.