However, the minister tried to cover up his goof up, asserted that he is aware of the full form and said he was gathering more info on GST. 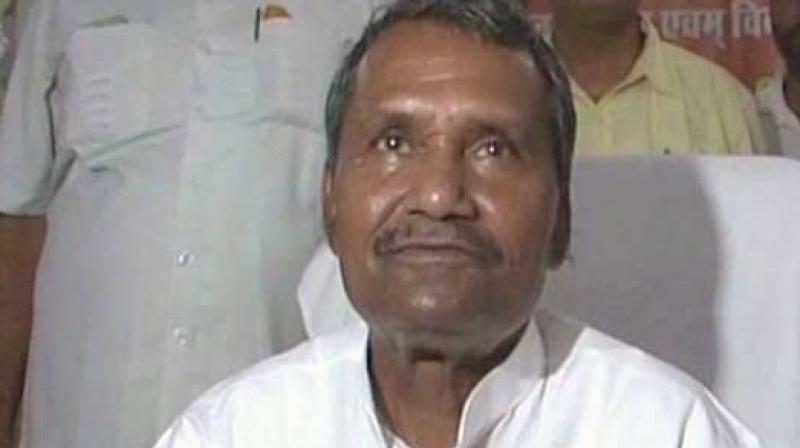 Maharajganj (UP): In a huge embarrassment for Uttar Pradesh Chief Minister Yogi Adityanath-led government, one of its Cabinet Ministers failed to spell out the full form of GST, which is scheduled to be rolled out at midnight on Friday.

Social Welfare, Scheduled Castes and Tribal Affairs minister Ramapati Shastri, who was in Maharajganj to make people aware about the nitty-gritty of the GST, was caught by media person when he was not able to tell the extended form of GST (Goods and Services Tax)

The Uttar Pradesh Minister started fumbling when asked about the full form of the GST.

#WATCH UP Minister Rampati Shastri fails to spell out the full form of #GST pic.twitter.com/wBNUdlBOXf

However, the minister tried to cover up his goof up and asserted that he is aware of the full form.

"I know the full form. I am going through all the important documents to gather more knowledge about the GST," said Ramapati.

The GST is slated to be rolled at midnight on Friday.

GST will bring the Indian economy under a single tax bracket.