The government has, however, thrown its lot behind Gen. Rawat over his assertion “the dirty war in Jammu and Kashmir calls for innovation”. 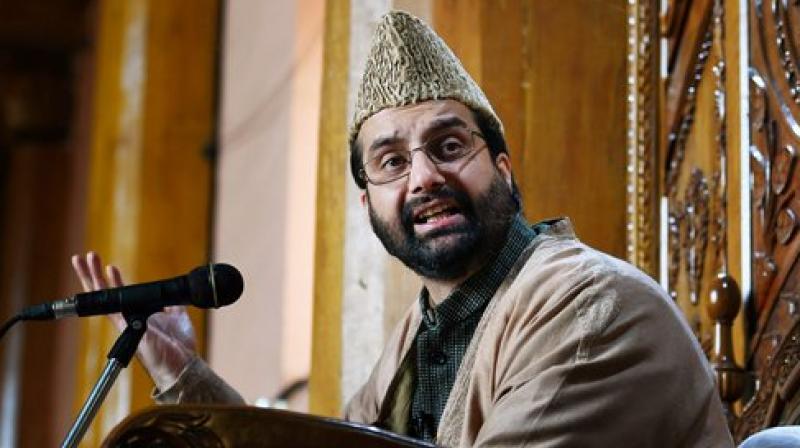 Srinagar: Kashmir’s chief Muslim cleric and separatist leader Mirwaiz Umar Farooq on Monday alleged that India’s military leadership and supporting government at the Centre are openly encouraging the security forces to commit genocide in the Valley. “If you go by the statements of the Indian Army Chief and those from the ruling dispensation in New Delhi, you will know they are brazenly asking more than 700,000 troops deployed in Jammu and Kashmir to commit genocide of its Muslim population,” the Mirwaiz alleged.

Referring to Army Chief General Bipin Rawat’s latest statement in which he had said that he wished the Kashmiri youth instead of hurling stones were firing weapons at the security forces and “then I would have been happy...then I could do what I (want to do),” the Mirwaiz said the remarks were aimed at inciting them to pick up arms and get killed. “This anti-Kashmiri statement of the Army Chief of India is appalling, to say the least,” he said.

The Mirwaiz said that the statements coming out of New Delhi show that the government has decided to openly admit that it has handed Kashmir and its people over to the Army.

“It has granted them absolute authority but no accountability to deal with Kashmiris. The Army, with the sole objective to keep Kashmir with India, can go to any extent no matter even if all the Kashmiris have to be repressed, killed or humiliated for that”, he alleged.

He said that Arun Jaitley as Defence Minister also defended the action of Major Leetul Gogoi in which he tied a Kashmiri shawl weaver to the bonnet of an Army jeep during the April 9 by-poll to the Srinagar Lok Sabha seat by saying that in “war-like zones tackling the situation should be left to the Military as it requires military solutions” which also makes it clear that the Army can commit worst human rights violations with impunity.

“The level of arrogance of power and contempt exhibited towards the people of Kashmir, through such insensitive statements, no longer shocks the people of Kashmir as we have come to realize that we are no longer considered human beings by the Indian state. Also New Delhi is only interested in a military solution to a political and human issue,” he said.

“I would like to ask the government in Delhi that if the dispute could not be resolved through a military solution over the last 70 years, when wars have been  fought externally and severe repression unleashed internally upon Kashmiris in which lakhs of Kashmiris and thousands of  Indians and Pakistanis have perished and continue to do so, as a means of dispute resolution ,how can it   produce a different result now, when the next generation of Kashmiris raised under occupation is all the more determined to achieve their fundamental right to exercise their will?”, the Mirwaiz asked.

Referring to reports that two persons killed by the Army in Uri sector of the Line of Control (LoC) last week and who, as per its claim, were members of Pakistan Army’s Border Action Team (BAT) were actually “very old persons possibly septuagenarian or octogenarian who could hardly be militants or soldiers,” the Mirwaiz said it is the sad story of one-upmanship and tit-for-tat between India and Pakistan that is played out each day in Jammu and Kashmir and along the LoC and in which civilians get caught and suffer.

He asserted that maturity and goodwill demand that all accept the reality of the problem at hand which is essentially political and human in nature, and resolve it as such that is politically and in keeping with human values and principles. No amount of military might can solve the dispute.

Other separatist leaders and various Kashmiri political and social groups have also criticised the Army Chief’s “I wish stone-pelters had guns in their hands” remark.