They have so far undertaken four flights carrying about 6,000 samples in all. 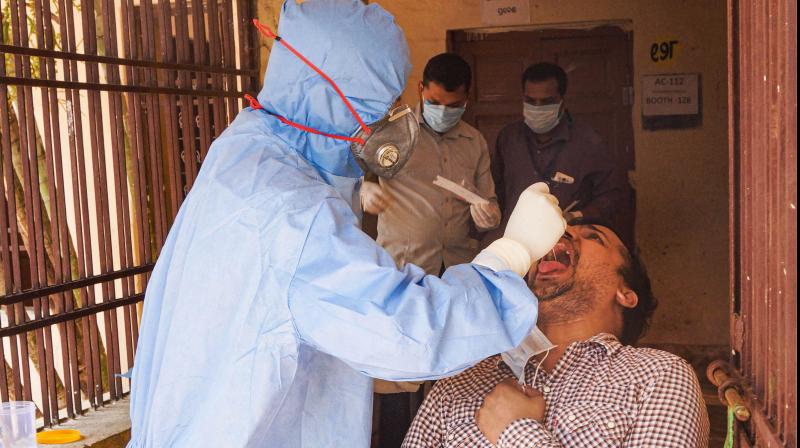 Bhopal: Pilots of the Madhya Pradesh government's aviation department are used to ferrying VVIPs, but now they are faced with a new challenge of transporting COVID-19 test samples to laboratories outside the state.

These are no ordinary flights as pilots have to follow a set of stringent protocols and wear the personal protective equipment (PPE) while taking samples for testing to labs, as far as Puducherry and also Delhi.

"It is the most challenging task for us. We have to wear PPE to fly the plane, which is tough as we are not used to it, but I and my senior pilot, Captain Majid, did it in the interest of the nation, Captain Vishwas Rai from the state aviation department told PTI.

He said they have so far undertaken four flights- three to Delhi and one to Puducherry - carrying about 6,000 samples in all to laboratories there for testing.

On his experience of flying the aircraft while wearing the PPE, Rai said, "It is tough as the entire body is covered.

The PPE makes the body sweat. We can't wipe the sweat even if it comes over the eyes. It is difficult, but we somehow manage as saving lives is more important than anything else."

He said the first flight for the task was tough, but later they were mentally prepared for it.

"Before and after every flight, the entire plane is sanitised, including the cockpit and cabin area. A doctor accompanies us for taking the samples to the destination and we follow all protocols of the health department, Rai said. Asked about the response of their family members, Rai said they understand it.

"As a precaution, I have shifted my family to my brothers house located next door in order to quarantine myself. We are also advised to take hydroxychloroquine tablets as a preventive medication," the pilot said.

"As everyone in the country, including Prime Minister Narendra Modi, our Chief Minister Shivraj Singh Chouhan and frontline health and social workers are doing their job, we are also doing it in the interest of the nation," he added.

State aviation departments director Ilayaraja T told PTI that so far they have undertaken four flights - three to Delhi and one to Puducherry - to send the test samples there to reduce pendency. "We will carry out more flights if required by the health department," he added.