55 fishermen were released at the Wagah border as a goodwill gesture. 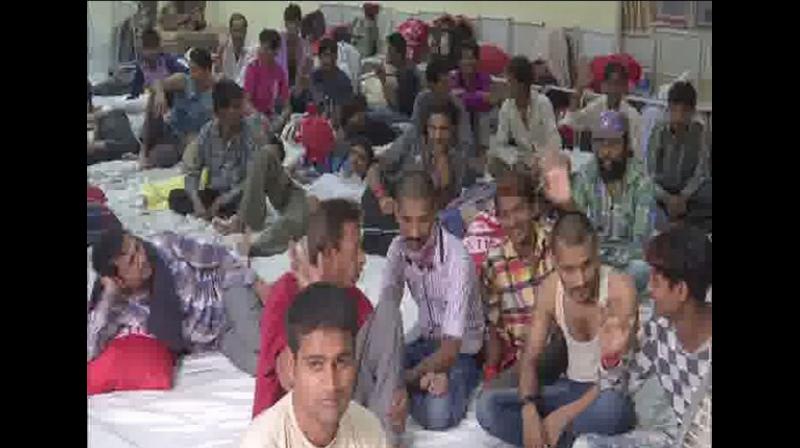 Pakistan on Tuesday released 60 jailed Indians at the Wagah border as a goodwill gesture. (Photo: ANI)

Amritsar: Pakistan on Tuesday released 60 jailed Indians, including 55 fishermen, at the Wagah border as a goodwill gesture.

All the fishermen were reportedly arrested for fishing illegally in Pakistani waters. The five others, who were in Pakistan, were arrested for allegedly not having proper Pakistani visa and other documentation.

The released Indian citizens had completed their prison term while most of them had served much longer than the sentence awarded by Pakistani courts.

Shoaib, who was in the group, told ANI, “I went to Pakistan to earn money but I fell into bad company due to which my uncle got me arrested. I was awarded a three-month sentence but I had to stay in jail for 18 months before I was released.”

Wahid Khan said, “I lost my passport with the visa while in Pakistan. I went with my relatives to the police to report the loss of the document but I was sent to jail and kept there for 20 months. I was unjustly lodged in prison but now I am happy to return home.”

India had sent a note verbale to Pakistan on April 9, urging it to make necessary arrangements for immediate release and repatriation of Indian prisoners who had completed their jail term.

Three hundred Indian prisoners were released by Pakistan between April 8 and April 14.