An Army major and a soldier were also injured in the encounter, officials said. 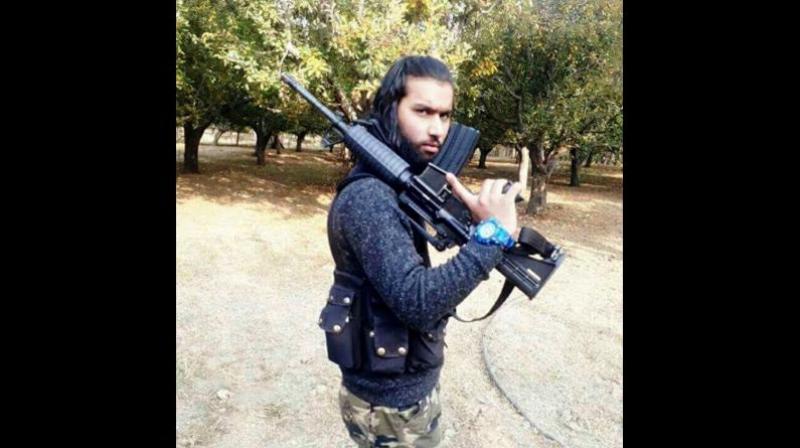 One of the slain militants has been identified as Sameer Tiger, a senior Hizbul Mujahideen commander. (Photo: File)

Srinagar: Two Hizbul Mujahideen cadres, including a senior commander, were on Monday killed in a fire fight with security forces in a remote village of Jammu and Kashmir’s southern Pulwama district. An Army major and a soldier were injured in the initial exchange of fire between the two sides, the officials said.

A teenager was also killed and about 15 other protesters were injured in clashes near the site of encounter in Pulwama’s Drabgam village.

One of the slain militants has been identified as Sameer Tiger, a senior Hizbul commander. His accomplice Aqib Khan, who was also a known face in Kashmir’s frontline indigenous militant outfit, is the other militant killed during the encounter, police sources said. While Tiger was a resident of Drabgam itself, Khan was from neighbouring Rajpora area of Pulwama.

The Army and police sources said that the security forces including Army’s 44 Rashtriya Rifles, the J&K police’s counterinsurgency Special Operations Group (SOG) and the Central reserve Police Force (CRPF) laid siege to Drabgam following inputs about the presence of militants in the village.

As they zeroed in on a private house where militants had been holed up, the latter opened fire injuring two Army men, the sources said. They were rushed to Srinagar’s 92-Base Army Hospital. SSP Pulwama Aslam Chaudhary confirmed that an Army major and a soldier received bullet wounds in first barrage of gunfire from holed up militants.

Amid the encounter, surging crowds clashed with the security forces. The police sources said that hundreds of youth came near the encounter site and started chanting pro-freedom slogans in an attempt to encourage the holed up militants and then indulged in stone-pelting.

The security forces fired live ammunition into the violent crowd injuring several people. One of the youth identified as Shahid Ashraf Dar, a resident of Pulwama’s Arihal village was declared brought dead at the district hospital.

Five of other seriously injured youth have been brought to Srinagar for specialized treatment, the police sources said.

Internet services in the area have been withdrawn “as a precautionary measure”. The authorities have also suspended train services through Pulwama.