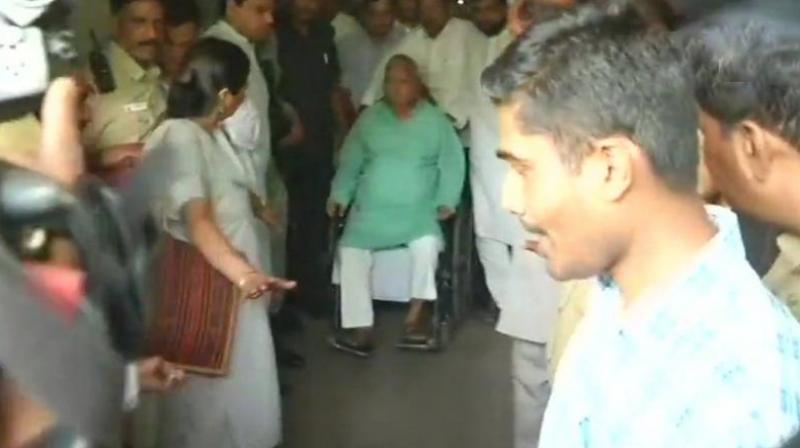 RJD chief Lalu Prasad Yadav, who was undergoing treatment for various ailments related to heart and kidney, was discharged from the All India Institute of Medical Sciences on Monday. (Photo: ANI/Twitter)

New Delhi: RJD chief Lalu Prasad Yadav, who was undergoing treatment for various ailments related to heart and kidney, has been discharged from the All India Institute of Medical Sciences (AIIMS) on Monday. However, a controversy has erupted over Lalu’s discharge certificate with the RJD chief expressing his unhappiness over the AIIMS decision.

After being discharged from the hospital, Lalu Yadav said, “This is unjust, it is a conspiracy to deteriorate my health. I am being shifted to a place where there are no facilities. It is a tough time, but I will face it.”

However, this move did not go down too well with Lalu or his family, with his son Tejashwi Yadav saying the decision has been taken in ‘haste’.

“The decision to shift Laluji from AIIMS to Ranchi Hospital has been taken in haste. AIIMS is much better and I wonder why this decision has been taken. Only AIIMS authorities can reveal the reason behind the sudden transfer of Laluji,” Tejashwi added.

Lalu also wrote to AIIMS stating that he does not want to be shifted back to Ranchi hospital.

'I don't want to be shifted back to Ranchi hospital, as that hospital is not properly equipped to treat my ailments,’ Lalu wrote.

RJD supporters too staged a protest outside the hospital soon after the statement was released.

The controversy sparked on a day when Congress president Rahul Gandhi met Lalu Yadav at AIIMS and enquired about his health. 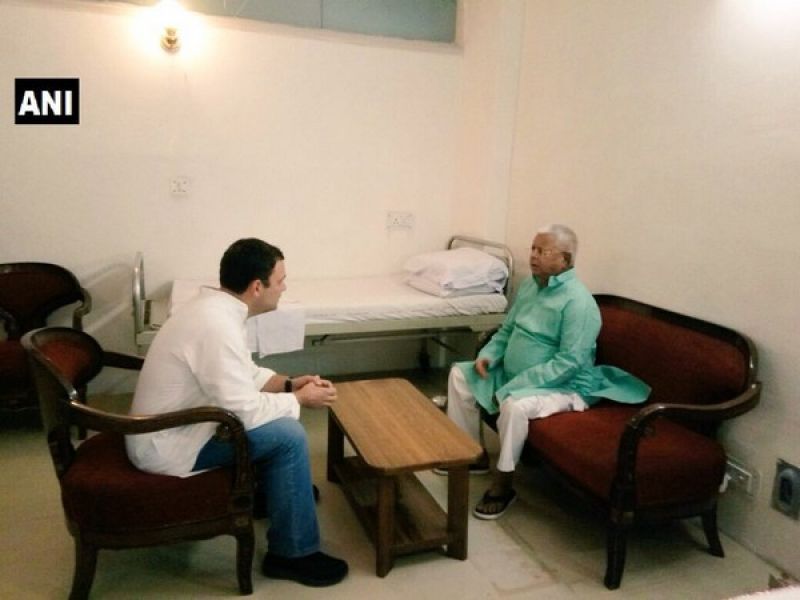 The former Bihar chief minister has been serving prison term in Ranchi's Birsa Munda Jail since December 23, 2017 in connection with the fodder scam. He has been convicted in four fodder scam cases since 2013, with the most recent one being the Dumka treasury case, in which a special CBI court sentenced him to 14 years in jail.

The imprisoned minister, who was admitted to Rajendra Institute of Medical Sciences (RIMS) in Ranchi on March 16 after he complained of discomfort at Birsa Munda Jail, was later moved to the AIIMS.