Court orders probe against judge, who is about to retire on April 30. 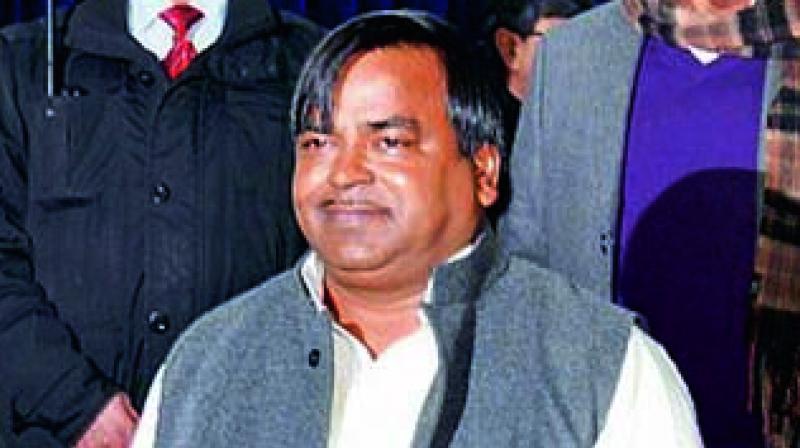 The court has also ordered a departmental inquiry against the judge, which will be headed by Justice Sudhir Agarwal.

The Lucknow bench of the Allahabad high court on Friday stayed the bail given to the former minister.

Putting the bail on hold “until further orders” on Friday, Chief Justice Dilip B. Bhosale had said, “I may, however, observe the manner in which the learned judge has shown the haste in releasing the accused on bail, ignoring the nature of offence allegedly committed by the respondent accused and the fact that the crime came to be registered against these accused by virtue of the order of the Supreme Court dated 17/2/2017, I have my reservations about the bonafides/intention of the learned judge, who is about to retire on April 30, 2017.”

The former minister, accused of raping a woman and attempting to rape her minor daughter, was granted bail by a special judge of Pocso court, Om Prakash Misra, on Tuesday. The bail was challenged by the Yogi-Adityanath-led state government in the high court.

Two associates of Prajapati were also given bail in the same case. Gayatri Prajapati was arrested on March 14 from Lucknow after the Supreme Court directed that a FIR be registered against him in the case.

The Uttar Pradesh Police had also issued a non-bailable warrant against the former minister and six others in the same case.

Meanwhile, the Allahabad High Court has transferred close to 400 judicial officers, nearly half of them of the additional district and sessions judge rank, in a major reshuffle in the lower judiciary in Uttar Pradesh.

According to the notifications issued by high court registrar general Dinesh Kumar Singh, the transferred judicial officers include 199 ADJs posted in regular courts and another eight of the same rank posted at fast track courts in various districts.