On the issue of angel tax, the Congress has promised to do away with it completely if it comes to power at the Centre. 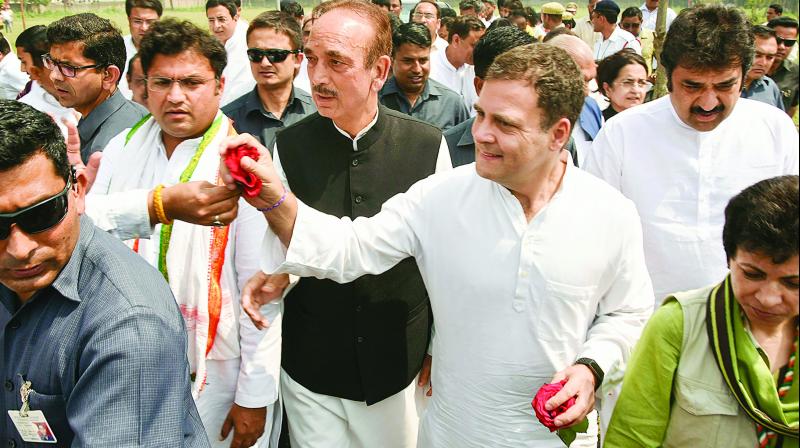 New Delhi: In a major push to young entrepreneurs keen on setting up new businesses, the Congress has promised them zero permission for the first three years of starting any new enterprise. In addition to this, to encourage greater job creation, it will also offer incentives and tax credits on the basis of the number of jobs created by these budding businesspersons.

For startups, the Congress has promised to abolish the angel tax levied on them, completely, which has been a raging issue, wi-th young entrepreneurs.

The industry has been constantly asking the Centre to ease the complex angel tax burden on them as it hampers their functioning and burdens them financially. These are some of the critical issues which the Congress aims to tackle if it is voted to power after the Lok Sabha polls of 2019. These aspects, which clearly aim to improve job growth and encourage job creation also, are likely to be a crucial part of the party’s manifesto which is to be released on April 2.

Normally once any new enterprise is registered with the Registrar of Companies (RoC), it takes around 18 months for it to seek all the mandatory permissions and clearances from several departments before commencing any real work.

Congress sources informed that the party plans to give the first three years for new businesses as a hassle-free period, in other words, a young entrepreneur can straightaway start operations soon after getting registered with the RoC.

All the mandatory legal formalities and permissions can be completed or sought during the first three years of starting a new business, rather than an entrepreneur who is eager to embark on a new venture but has to wait for 18 months to complete all processes before starting actual operations.

This will not only encourage a greater number of aspiring entrepreneurs to start their enterprises but will also help them in delivering their output faster.

On the issue of angel tax, the Congress has promised to do away with it completely if it comes to power at the Centre.

Last month, the Centre had revised the current definition of startups and announced that an entity shall be considered a startup up to 10 years from its date of incorporation or registration instead of the existing period of seven years, aiming to ease the burden of angel tax on them. The Congress though has promised to abolish the tax itself.

Furthermore, party sources said Congress will offer incentives and tax credits to young entrepreneurs, depending on the number of jobs created by them. Apart from this, easy bank credit will also be provided to them, they added.