The Mi-17 had taken off from Srinagar on February 27 around the time when the Pak Air Force aircraft launched an aerial attack on India. 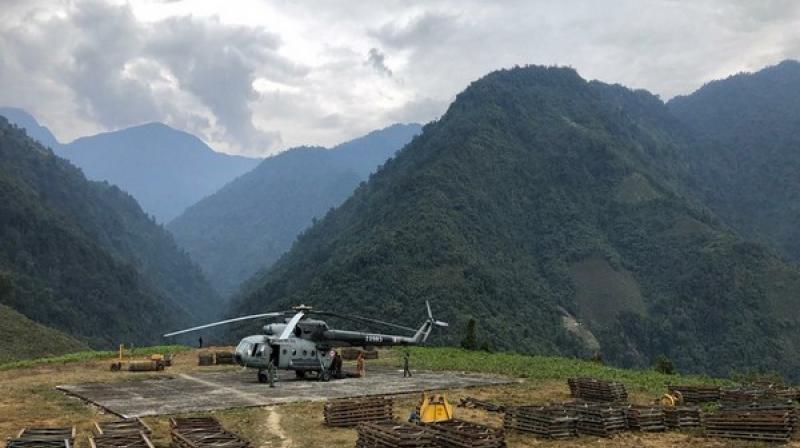 The helicopter that crashed near Budgam on February 27 killing six personnel on board, is missing and the Indian Air Force is searching for it. (Photo: ANI)

New Delhi: The crucial black box, flight data recorder, of the Mi-17 helicopter that crashed near Budgam on February 27 killing six personnel on board, is missing and the Indian Air Force is searching for it.

“The black box has gone missing after the crash and we are trying to locate it. It is possible that it has been taken away by the hostile locals, who have taken away many other parts as well,” sources in the Air Force said.

The Mi-17 had taken off from Srinagar on February 27 around the time when the Pakistan Air Force aircraft launched an aerial attack on India but failed to strike any targets due to a swift response by India.

The black box of an aircraft is crucial to know the sequence of events before an accident or a crash as it provides complete details of the happenings.
Recently, the reason for the crash of a Mirage-2000 was found out after the data in the black box was extracted in France.

“On 27 February 2019, one Mi-17 V5 helicopter of Indian Air Force got airborne from Srinagar airfield at 1000 hrs for a routine mission.  The helicopter crashed around 1010 hrs near Budgam, J-K. All six air warriors on board the helicopter suffered fatal injuries.  A court of inquiry has been ordered to investigate the accident,” the Air Force had stated in its statement.

Media reports have suggested that an air defence missile had been fired from Srinagar soon before the crash of the Mi-17 took place.

The reports suggest that the investigation in the matter is trying to connect the dots in the entire episode.

IAF officials said the court of inquiry into the accident is still going on and has not yet concluded about the real cause of the accident.