The CBSE is expected to announce the date of re-examination on Monday or Tuesday. 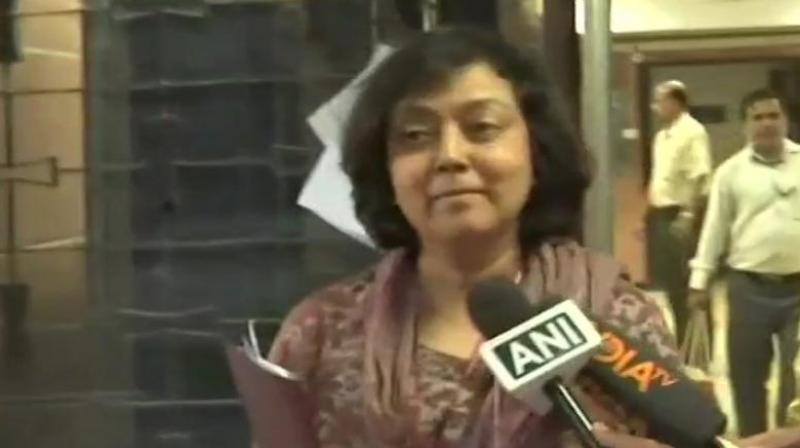 New Delhi: Even as students, angry over the re-examination of the Class XII Economics and Class X Mathematics papers, took to Delhi streets shouting “Stop playing hit and trial with our lives; It’s not the students who need a retest, it’s the system,” the Congress demanded that Union HRD minister Prakash Javadekar and the CBSE board chairperson Anita Karwal be sacked and a probe be ordered by a high court judge into the matter. The CBSE is expected to announce the date of re-examination on Monday or Tuesday.

Amid massive protests over the paper leaks issue, Congress president Rahul Gandhi took to Twitter to target Prime Minister Narendra Modi with the hashtag “BasEkAurSaal”, a reference to the BJP government being left with one year of its term.

Going into rhyme, Mr Gandhi tweeted, “How many leaks? Data leak! Aadhar leak! SSC Exam leak! Election date leak! CBSE papers leak! There is a leak in everything, the ‘chowkidar’ is weak.”

Apart from the reference to Mr Modi’s poll refrain that he would work as a watchman and stop wrongdoings, over several tweets Mr Gandhi alleged that the “exam mafia” was being encouraged under the Modi government.

“The exam leaks destroy the hopes and futures of millions of students. The Congress always protected our institutions. This is what happens when institutions are destroyed by the RSS/BJP. Believe me when I say, this is only the beginning,” he said.

Many students claimed that almost all the papers had been leaked a day before the examinations and demanded that if reexamination is to be held, it should be held for all the subjects.

The HRD minister, who termed the paper leak issue “unfortunate”, said, “This (paper leak) has been a breach by the culprits and we will not let go any culprit scot-free. The police is on the job and I am very sure, they will nab the culprit as they have done in case of the SSC exam leak case. We have also instituted internal inquiry.”

Assuring that efforts are being made to make the examination system “fool-proof”, he could “understand the pain, anguish and frustrations” of students and parents because “we are one of them” and that he could not sleep last night.

Congress spokesperson Randeep Surjewala, however, demanded that responsibility be fixed and the HRD minister and CBSE chairperson Anita Karwal be removed.

Addressing a press conference, Mr Surjewala said it is “shocking and heart rendering” that the future of 24 lakh students is in “severe jeopardy” as the government officially admits that two papers of CBSE Class X and XII were leaked.

The Delhi Police, which had registered two cases in connection with the leaks, started questioning the owner of a coaching centre in Rajender Nagar whose name was shared by the CBSE in its complaint and is suspected to be behind the alleged leak.

The office of the CBSE had received an unaddressed envelope on March 26 containing four sheets of handwritten answers of the Class 12 Economics paper, the board said in its complaint to the Delhi Police.

In its complaint to the police, the board has said that they received a complaint by fax on March 23 from an “unknown source” that a man running a coaching institute in Rajinder Nagar was involved in paper leakage.

Special CP (crime branch) R.P. Upadhyay said, “We have no information that this leakage is pan-India, but if such a thing emerges, we will send teams outside Delhi.” He said the police is trying to find the origin of the leakage and how it was transmitted and the beneficiaries.

“Twenty five people have been questioned so far. Both the papers were available before the scheduled examination dates. The person whose name was mentioned in the CBSE complaint to the police had also received the paper, which was circulated through WhatsApp,” Mr Upadhyay said.