Railways have ordered an inquiry into the derailment which left 400 metres of track damaged. 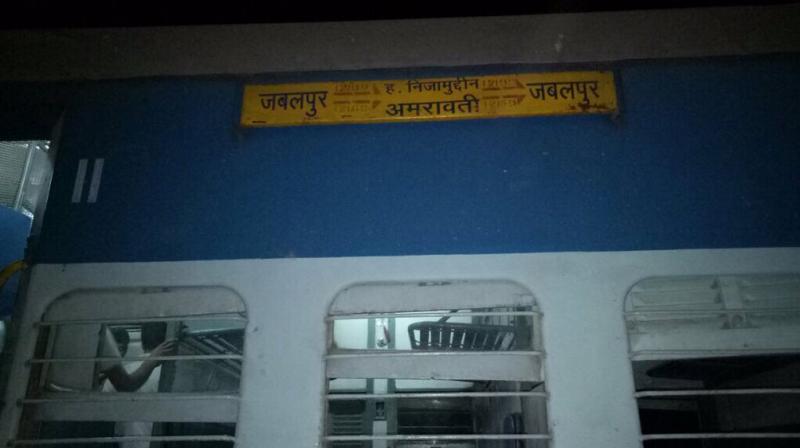 Banda (UP): Fifty-two passengers were injured, 10 of them seriously, as eight bogies of the Jabalpur-Nizamuddin Mahakaushal Express derailed early on Thursday in neighbouring Mahoba district.

Railways have ordered an inquiry into the derailment which left 400 metres of track damaged. The mishap disrupted the services of 14 trains, railway officials said.

In Lucknow, ADG (Law and Order) Daljit Chaudhary said the incident took place around 2.20 am when eight bogies of the train derailed injuring some 52 people of which two suffered "serious fractures" and have been referred to a Jhansi hospital.

Some have been discharged after first aid while others have been admitted to local hospitals, the ADG said. He further added that ambulances and teams of doctors reached the spot and monitored the relief and rescue operations.

Chaudhary said there was nothing suspicious prima facie but all aspects will be investigated since it is a serious issue.

Railway officials and teams of Anti-Terrorism Squad and National Disaster Response Force are at the spot and investigations are on to ascertain the cause of the mishap, the ADG said.

UP Minister for Health Siddharth Nath Singh, who rushed to the spot, announced monetary assistance of Rs. 50,000 each to the seriously injured and Rs. 25,000 to those who suffered minor injuries, the SP said.

Railway Board member (Traffic) Mohd Jamshed told PTI in Delhi that an inquiry into the derailment will be conducted by a senior railway official.

Asked whether it was an act of sabotage or any defect in the rolling stock led to the mishap, he replied, "Nothing can be ruled out till the report is submitted."

On some recent cases involving security around rail tracks in different parts of the state, the ADG said investigations proved there was no terror link but all cases are being thoroughly probed with the help of experts.

All coaches that derailed on Thursday were conventional ones and manufactured at the Integral Coach Factory in Chennai.

Though a few coaches tumbled, they did not climb over each other as it happens in such cases, resulting in minimum damage.

The train with 10 coaches left the accident site at 6.48 am.

Railways have pressed 15 buses into service for carrying about 200 passengers, who were travelling in affected coaches, to Jhansi.

At least 17 helplines have been made operational at different stations en route to assist relatives of passengers travelling in the train.

Besides, railways have made catering arrangement for the passengers on the site.

The derailment has affected services of 14 trains, out of which seven were diverted and an equal number of trains cancelled.

Jamshed said the line is expected to be restored by midnight as the damaged section of the track has to be replaced.