India   All India  30 Mar 2017  UP: Action against illegal abattoirs gets support from meat association
India, All India

UP: Action against illegal abattoirs gets support from meat association

The representative of All India Meat Association Haji Shakeel Qureshi thanked UP CM for "trying to bring the system back on track". 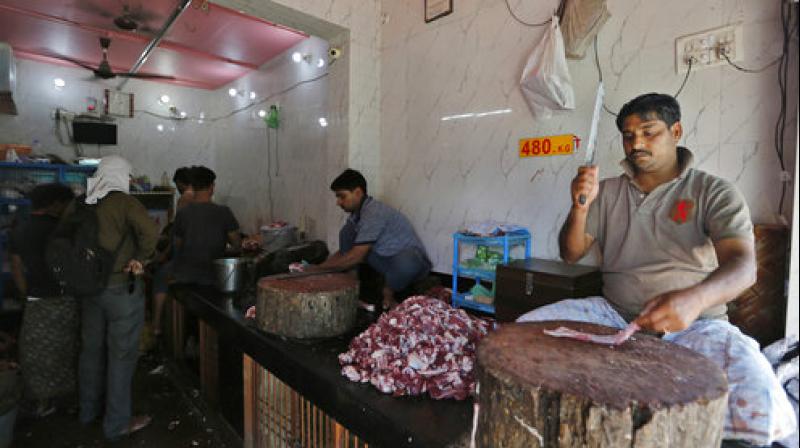 Bareilly: The Yogi Adityanath government's crackdown on illegal slaughterhouses has found an unusual supporter in All India Meat Association, which has hailed the Chief Minister for following his "raj dharma".

"Meat traders were subjected to injustice by the BSP and SP governments, the new chief minister is following his raj dharma, and it is wrong to comment on the one who is pursuing his raj dharma (the duty of the rulers).

Upon returning to Bareilly after a meeting with UP Health Minister Siddharth Nath Singh in Lucknow, he said action is being taken only against illegal slaughterhouses and there is no report of action against any legal abattoir.

Rooting for making the process of legalising the illegal slaughterhouses easy, Qureshi said old abattoirs should be modernised quickly.

He also lamented that the files seeking renewal of licences of meat sellers were pending with district administrations for months.