‘One nation, one tax’ concept is only a myth, says Congress leader Veerappa Moily. 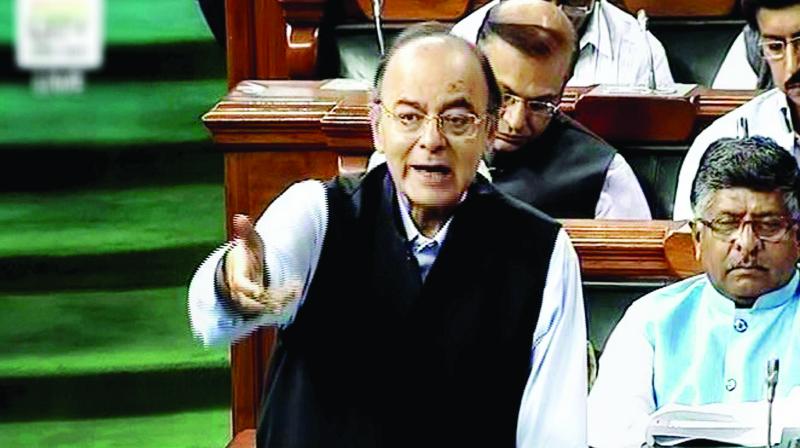 New Delhi: Before the Lok Sabha passed four laws on Wednesday, which will give effect to the goods and services taxes, opposition parties on Wednesday said some of the provisions of the tax law were “draconian”.

They accused the government of being in a hurry to implement the new tax regime without taking precautions.

Congress leader M. Veerappa Moily, who started discussions from the Opposition side, said that implementation of the new GST regime would be a “technological nightmare” and the anti-profiteering provisions in it are “far too draconian”.

He said the proposed GST regime had high as well as too many taxes which do not reflect the original spirit behind the new tax regime.

Mr Moily said the UPA government had proposed the bill seven-eight ago, but some parties had then felt that it should be halted due to “reasons best known to them”.

He claimed that due to the delay in the rollout of GST, the country was deprived of massive financial benefits due to “damaging political gambles”.

“The one nation, one tax concept is only a myth. There are too many rates, cesses... What you brought today cannot be called a game changer but only a baby step,” he said.

Trinamul Congress member Kalyan Banerjee said that though the West Bengal government was supporting the bill in principle, there were concerns over the government’s hurry to implement it.

He said the GST will bring a single tax structure for the common people and small traders, and it was West Bengal which ensured that no state government suffers financially due to the implementation of GST. Mr Banerjee suggested that the government look into the GST models of other nations so that the legislation is implemented properly.

BJP MP Udit Raj said the GST would bring uniformity in the tax system and be immensely beneficial to 1.2 billion people of the country.

Mr Raj, a former revenue officer, said the GST bill has been brought to end the different tax slabs prevalent in the states, besides abolishing the cascading effects of the current tax structure.

He dismissed suggestions that with the implementation of GST, the powers of the state legislatures to enact tax laws will be completely abrogated, saying the legislation was prepared only with the consent of all states. The Centre will not dictate the GST Council, but will act as buffer between the Central and state governments, he added.

AIADMK’s Venkatesh Babu termed the GST as the biggest tax reform initiative post-Independence, but said there were many challenges in its proper implementation.

He cited the case of Tamil Nadu, which he said being one of the manufacturing states, had initially opposed the GST bill, but was happy that some of the concerns of the state were addressed.

“There will be huge revenue loss to manufacturing states like Tamil Nadu. Some of our concerns were addressed while some are yet to be addressed,” he said.

Biju Janata Dal member Bhartruhari Mahtab (BJD) said that expecting GST to be a game changer would be too “illusionary”.

There is a view that this law will make a common market, there will be no entry tax at borders, invoicing will be simpler and lot of other benefits, but “I will remind again that do not expect too much from the GST”.

“Claims that consumers will benefit is also illusionary,” he said, adding everybody is asking whether the prices will come down or not.