All of the seven corporators who refused to attend the meeting were from a minority community. 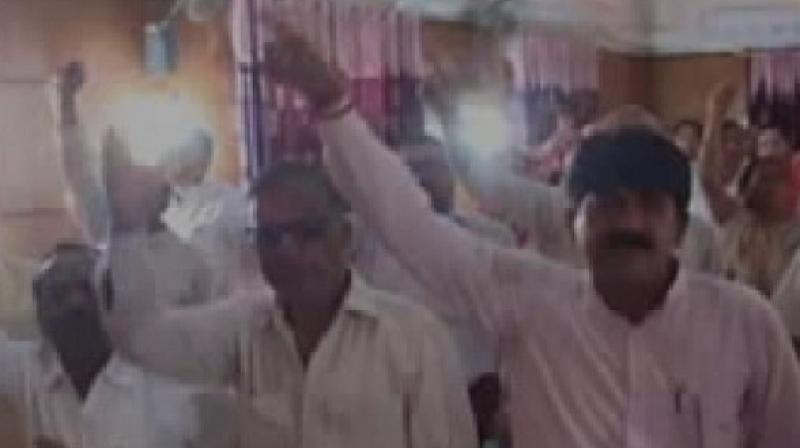 The corporators returned to the meeting after a brief while but Ahluwalia refused to let them in. (Photo: ANI)

Meerut: The Meerut Municipal Corporation has prohibited its members from attending a meeting after they refused to sing 'Vande Mataram' on Tuesday.

The resolution was proposed by Mayor Harikant Ahluwalia after some councilors belonging to the ruling Bharatiya Janata Party (BJP) and Opposition parties clashed over the national song.

All of the seven corporators who refused to attend the meeting belonged to a minority community.

They left the session soon after rest of the members started singing Vande Mataram.

There is also a proposal to terminate the membership of those councilors who do not sing the national song and instead walk out of the meeting.

The meeting earlier on Tuesday started with Ahluwalia asking all the members to stand up and sing the national song.

It was then that some members belonging to Opposition parties walked out after which BJP councilors started raising the slogans, "Hindustan me rehna hai to Vande Mataram kehna hoga".

The corporators returned to the meeting after a brief while but Ahluwalia refused to let them in.