Intelligence sources said a small action team of Maoists took him into their custody after he was spotted at Singamdagu. 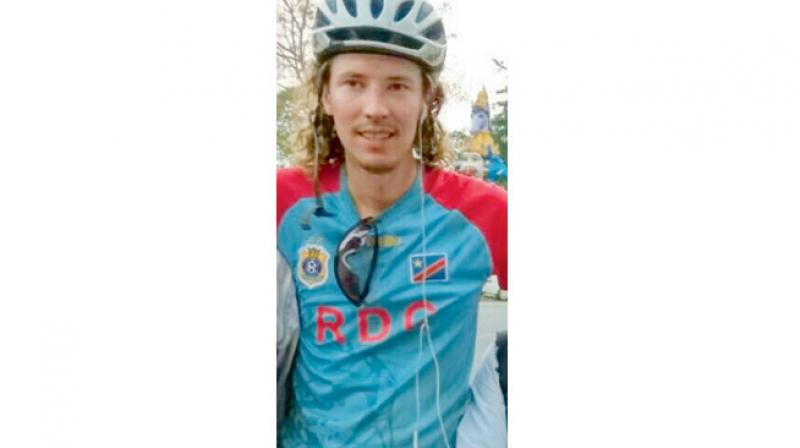 Sources in the Chhattisgarh State Intelligence Bureau (SIB) told this newspaper that Maoists handed over the foreign national, who went missing at Singamdagu in Sukma district at around nine in the morning of Monday, was handed over to local tribals who “guided” him to Arlampalli under Polampalli police station.

He was then led to Dornapal by local “police informers” where he was handed over to police.

“The Canadian national is set free. He is safe. He is being brought to district headquarters of Sukma where the police will get details from him as to how he landed in the area and how he got trapped by Naxals,” Bastar range inspector-general of police P. Sunder Raj said.

Intelligence sources said a small action team of Maoists took him into their custody after he was spotted at Singamdagu on Monday morning by local tribals and kept him in the village of Kinakedepal under Chintagufa police station where former Sukma district collector Alex Paul Menon was held captive by Naxals on April 21, 2012.

Later, a couple of senior Maoist leaders who visited him to scrutinise his travel documents to ascertain if he had any connections with police or intelligence agencies, later ordered his release after finding him innocent.

After he was set free, he told the local media that he strayed into the Maoist area while going to Odisha from Telengana being guided by GPS without knowing that it was rebel-infested region.

“We will verify with Telengana police if the foreign national reported with the local police while passing through the state. We will interrogate him about his movement in the area and submit a report ot the Ministry of External Affairs”, the police officer said.

However, Bastar police was still puzzled as to how he avoided police attention while passing through Telengana boarder and who was guiding him to reach the Maoist region and through which route he had reached the area.

“Things will be clear after his interrogation by police”, the police officer said.