Candidates in UP, Uttarakhand and Punjab can spend Rs 28 lakh each for electioneering. 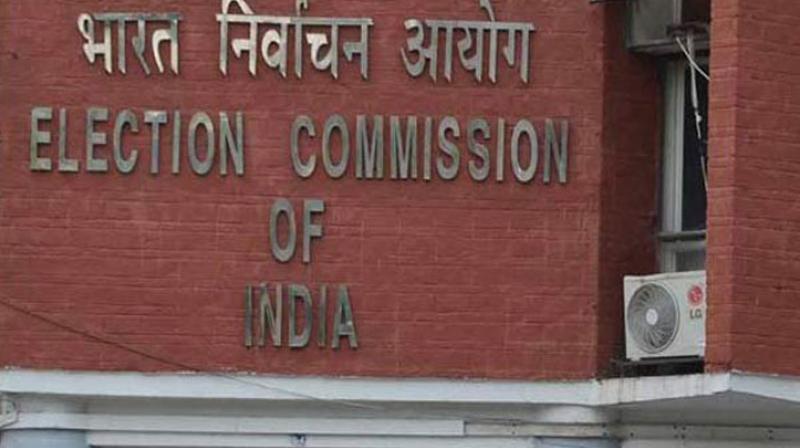 The Election Commission has asked RBI to reconsider its decision “at the earliest”.

New Delhi: The Election Commission has written a sharply-worded letter to the Reserve Bank of India following the Central Bank’s refusal to increase the weekly cash-withdrawal limit for candidates contesting Assembly election in five states, and asked that the bank comply with its orders.

The letter, written by director general of EC Dilip Sharma and addressed to RBI governor Urjit Patel, expresses “serious concern about the cursory manner in which the issue has been dealt with”.

“(It) appears that the RBI has not realised the gravity of the situation... It is reiterated that it is the constitutional mandate of the commission to conduct free and fair elections and to provide level-playing field to all candidates... In order to facilitate proper conduct of elections, it is imperative that directions issued by the commission are complied with,” EC has said in the letter dated January 28.

On January 24, Election Commission had requested RBI to enhance the withdrawal limit for candidates to Rs 2 lakh from Rs 24,000 per week imposed post demonetisation.

The EC had said that with a weekly withdrawal limit of Rs 24,000, a candidate would be able to draw only Rs 96,000 during the election process, which lasts three to four weeks, making it difficult to meet their campaign expenditure.

The poll panel had said that despite paying through cheques, candidates will need hard cash for petty expenses, especially in rural areas where banking facilities are negligible.

Candidates in UP, Uttarakhand and Punjab can spend Rs 28 lakh each for electioneering. The limit in Goa and Manipur is Rs 20 lakh each.

The EC in its letter also said that its returning officers would issue certificates, attesting to the fact that the person was a candidate in the fray and be allowed to withdraw Rs 2 lakh cash per week. This facility, it had said, should be extended till March 11, the day of counting.

Candidates, it had said, are bound to open an election account for meeting poll-related expenditure, which is monitored by the EC.

The EC has asked RBI to reconsider its decision “at the earliest”.