A total of 27 people were injured, out of which 10 are in critical condition. 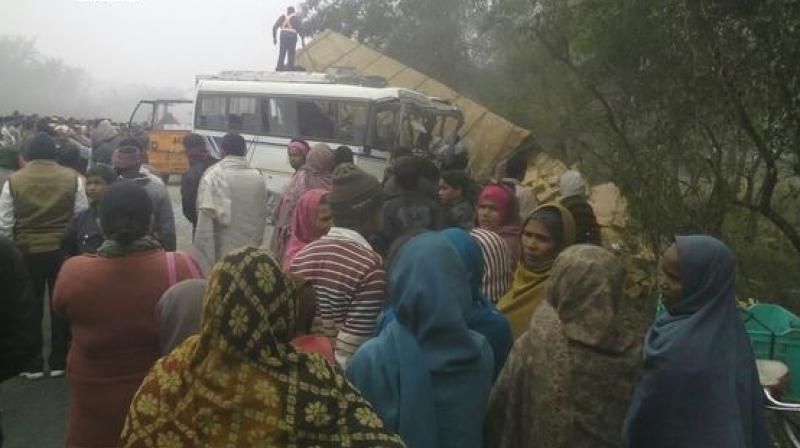 At least six passengers were killed on Monday when a bus collided with a truck on National Highway 28 in Uttar Pradesh's Sant Kabir Nagar. (Photo: ANI/Twitter)

Sant Kabir Nagar: Nine people were killed and 12 others injured this morning when a bus collided with a truck near Kante village on Basti-Faizabad highway in Sant Kabir Nagar, police said.

The private bus which was on its way to Ayodhya from Gorakhpur hit a divider and then rammed into the truck, leaving persons dead, SP Hiralal said.

They hailed from Kuwa village of Gorakhpur district, the SP said.

The drivers of the truck and bus were also among those killed in the mishap, Hiralal said, adding all the bodies have been sent for postmortem.

The injured have been referred to Gorakhpur medical collage hospital, he said.