India   All India  30 Jan 2017  Time for Mulayam to breathe his last, SP to be buried soon: BJP's Sanjeev Balyan
India, All India

Time for Mulayam to breathe his last, SP to be buried soon: BJP's Sanjeev Balyan

'We all know how UP has suffered all these years under Samajwadi Party,' the union minister said. 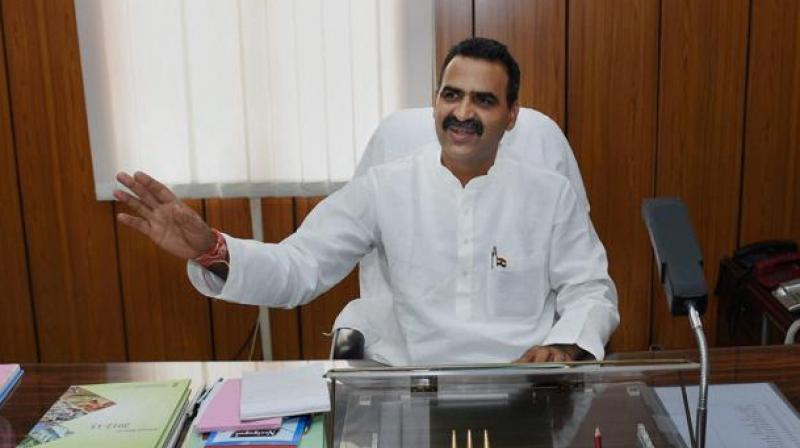 "We all know how UP has suffered all these years under Samajwadi Party. Mulayam has always believed in politics of sectarianism and I simply want to tell him it's time for him to breathe his last and the Samajwadi Party to be buried soon," Balyan told the media in Mathura after addressing a public rally.

When asked about the recent SP-Congress alliance which had now begun its full fledged campaign in UP, he further said, "They (alliance) first looted Centre, then Uttar Pradesh and now are trying to loot whatever is left in the state."

However, later in the day, Mulayam did end up giving fodder to the opposition and shocking everyone by voicing his dissent to the newly forged alliance between Samajwadi Party and Congress.

Speaking exclusively to ANI, Mulayam expressed his displeasure over the pre-poll alliance and categorically stated that he is against it, adding that he would not campaign in the state.

"I am against the alliance formed between the Samajwadi Party and the Congress. I will never acknowledge this alliance. The Congress was in power for so long, but it did not do anything for the development of the country. I will not campaign in this election," he said.

Mulayam further blamed Uttar Pradesh Chief Minister Akhilesh Yadav for going against his wishes and jeopardising the chances of his own party members.

"The alliance has squandered the chances of many of our leaders for the next five years by not allotting tickets to them," he said.