The RBI however said that restrictions on savings bank accounts would continue for now. 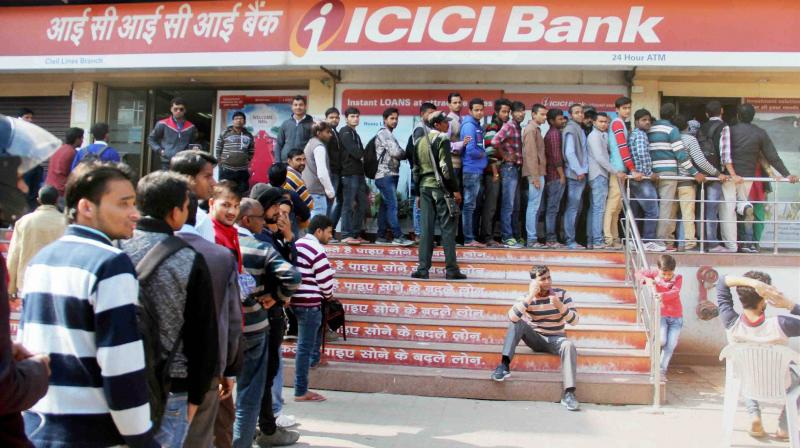 New Delhi: The Reserve Bank of India on Monday announced that all limits on cash withdrawals from current accounts across bank counters and from ATMs will be removed starting Wednesday, February 1.

Restrictions on savings bank accounts would continue for now and are “under consideration for withdrawal in the near future,” RBI said.

"Limits placed on cash withdrawals from ATMs stand withdrawn from February 1, 2017. However, banks may, at their discretion, have their own operating limits as was the case before November 8, 2016," the official letter addressed by P. Vijaya Kumar, Chief General Manager said.

The RBI also said the limits on Savings Bank accounts will continue for the present and are under consideration for withdrawal in the near future.

The development comes almost three months after the Union Government on November 8, 2016 announced demonetisation of high-end currency notes triggering controversies and debates across the nation.

The government had said that demonetisation was aimed at digitalising the country and its daily trade. In a bid to accomplish that, cashless transactions were being encouraged.

Hence, the RBI also said the banks are urged to encourage their constituents to sustain the movement towards digitisation of payments and switching over of payments from cash mode to non-cash mode.

Recently, in the wake of assembly polls in five states, the Election Commission of India (ECI) requested the RBI to increase the cash withdrawal limits for electoral candidates in the poll-bound states. The RBI had, however, refused any leeway.

The date of removal of these limits coincides with the announcement of Budget-2017 on February 1 by Union Finance Minister Arun Jaitley.