Kejriwal to face trial in defamation case filed by Jaitley

A Delhi court accused the chief minister of using ‘dilatory tactics to delay trial’ in the defamation case. 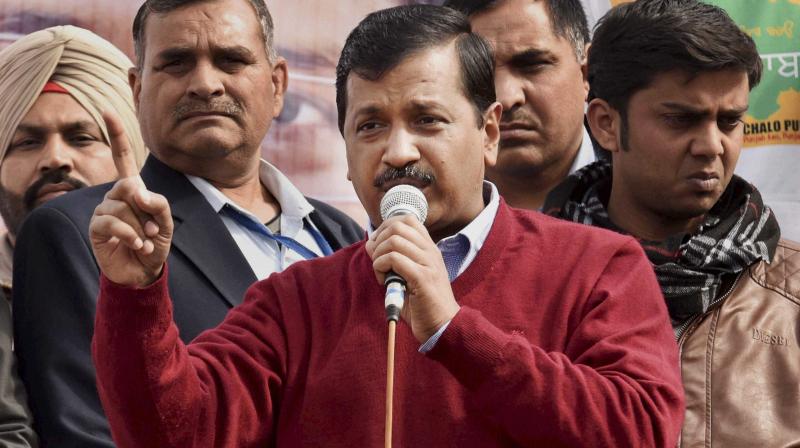 New Delhi: Trouble is brewing for Delhi Chief Minister Arvind Kejriwal, as a city court on Monday ruled that the AAP leader will have to face trial in a criminal defamation case, which was filed against him by Finance Minister Arun Jaitley last year.

Chief Metropolitan Magistrate Sumit Dass directed all the accused, including Ashutosh, Kumar Vishwas, Sanjay Singh, Raghav Chaddha and Deepak Bajpai, to appear before the court on March 25 when it is likely to pronounce the order on framing of notice against them.

"I am of the considered opinion that no ground is made out for hearing accused persons at stage of framing of notice ... The application is bereft of any merit, mala fide and filed solely with a view to stall the trial. Accordingly, the application moved by the accused persons stands dismissed," the court said.

The accused had on October 24 last year moved the court seeking a chance to be heard before it decided on whether they would be put on trial in the criminal defamation complaint.

Jaitley's counsel had urged the court to frame the notice/charge against the accused persons, claiming there was no such provision in law.

Jaitley had on December 21, 2015, filed the criminal defamation case against the AAP leaders for accusing him of corruption and had sought their prosecution for offences that entail a punishment of up to two years in jail.

Jaitley, in his civil defamation suit in the high court, has sought Rs 10 crore in damages from Kejriwal and the five AAP leaders for issuing allegedly false and defamatory statements against him and his family in connection with alleged irregularities in DDCA when he was its president.

Kejriwal and other AAP leaders over alleged irregularities and financial bungling in DDCA, Jaitley was the president of the organisation for about 13 years till 2013.