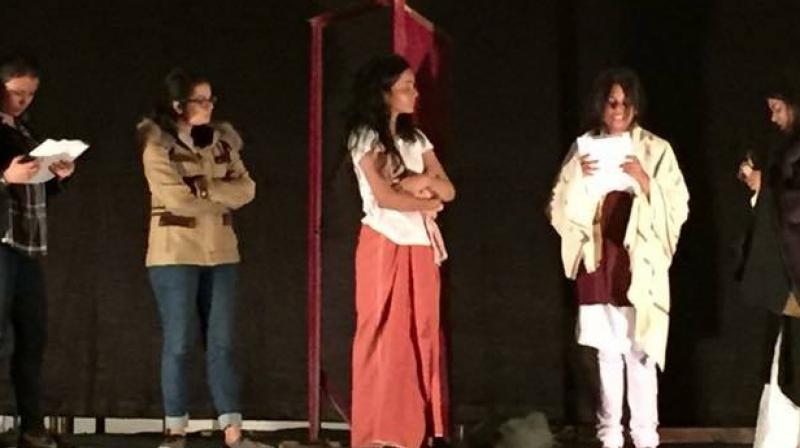 New Delhi: The theatre society of Kamala Nehru College in Delhi was disqualified from a competition after the college was rapped by the state government's cultural wing, Sahitya Kala Parishad.

According to a report in Hindustan Times, the organisers disqualified theatre society 'Lakshya' from the competition 'Mahavidyalaya Natya Samaroh', organised by the Delhi government's Sahitya Kala Parishad, for using words like 'bra' and 'panty' in a play.

“It was over this line and a few words like ‘bra’ and ‘panty’ that we were reportedly disqualified from Mahavidyalaya Natya Samaroh, a theatre competition organised by Sahitya Kala Parishad,” said Radhika Dhawan, president of the society.

“Ours was a play about six college girls who are making their own play in the story. Describing how hostel girls live and the pranks they play on each other, they talk about marking or numbering their underwear so that they don’t get mixed up with others’ underwear. It is in this scene, among others, that we use words like bra and panty. And this is what the judges apparently didn’t like," added Dhawan.

"So traumatised were the organizers by the words that they choked on them and could not bring themselves to spell out those 'appalling' and 'disgusting' words while telling us the reason for disqualification. When the students asked them, they ran away from them," Monami Basu, the convener of the theatre society, wrote in a Facebook post.

However, Neha Sharma, coordinator and one of the organisers of the competition, said to the contrary, "The society has not been disqualified, they will only lose marks because they’ve broken the rules about obscenity. Not just words like bra and panty, they’ve used several other cuss words, too."

She added that all the other colleges who have used cuss words during the play, will also be penalised.