Police had to lob 20 teargas shells and also baton-charge the anti-social elements to bring the situation under control, said an official. 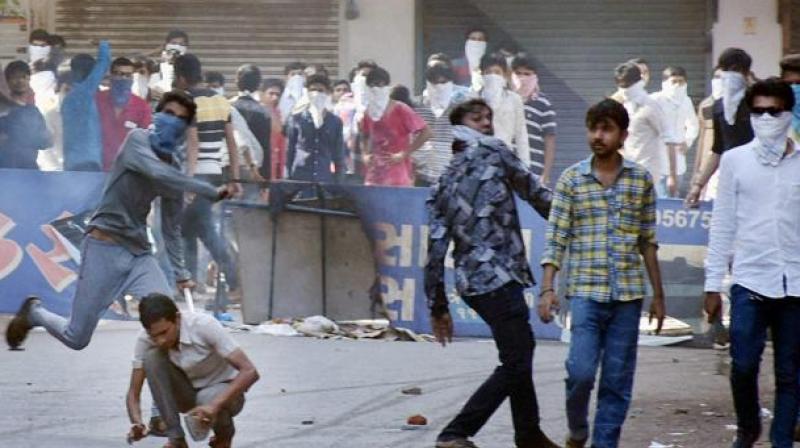 Surat: Tension gripped the Godadara locality on the outskirts of Surat on Monday after the severed head of a calf was found on the road enraging the crowd to pelt stones at the cops and indulge in arson, police said.

Police had to lob 20 teargas shells and also baton-charge the anti-social elements to bring the situation under control, said a senior official.

"Severed head of a calf was found on the road in Godadara locality on city outskirts today morning following which people complained to the police that arrived there. The head appeared to be two days old,” Surat police commissioner Satish Sharma said.

"In the meantime, some people gathered on the road and started pelting stones at police following which they had to lob around twenty teargas shells and also baton charge to control the crowd. The situation has been brought under control," added the official.

"We have stepped up patrolling in the area. Some persons have been detained for questioning," he said.

Minister of State for Home Pradipsinh Jadeja appealed to the public to not heed rumours and ensure that peace is maintained.

"I appeal to the public not to pay attention to rumours and also not to indulge in activities that could affect peace in the area. People came out on the road because of the news and rumours, so police had to lob teargas shells to disperse the crowd. Action will be taken against the anti-social elements," said the Minister