India   All India  29 Dec 2017  Triple talaq bill should punish offender for 10 yrs: UP Shia Waqf Board
India, All India

Triple talaq bill should punish offender for 10 yrs: UP Shia Waqf Board

UP Shia Waqf Board chairman lashed out at AIMPLB for opposing the bill and said that it is trying to make India, Afghanistan. 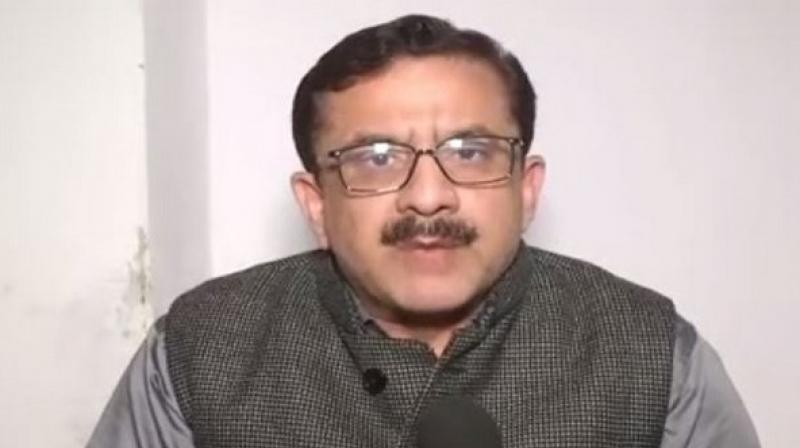 Wasim Rizvi welcomed the triple talaq bill that was passed in the Lok Sabha on Thursday. (Photo: ANI)

Rizvi said, "This is a welcoming move but it lacks one thing. The punishment should be increased from three years to 10 years. This is a question of women's right. There should be at least 10 years of punishment for those who give instant triple talaq."

He further lashed out at the Muslim Personal Law Board for opposing the bill and said that it is trying to make India, Afghanistan.

Earlier, the All India Muslim Personal Law Board (AIMPLB) asked the Central Government to withdraw and withhold the bill claiming that it was against women and children, and if implemented, it would destroy many families.

The bill, introduced in the Lok Sabha, was passed after the House rejected a series of amendments moved by various opposition members.

The bill seeks to make instant triple talaq in any form spoken, in writing or by electronic means such as email, SMS and WhatsApp as bad or illegal and void.

According to the proposed law, giving instant talaq would attract the jail term of three years and a fine. It would be a non-bailable offence.

The bill will now be sent to the Rajya Sabha for passage before it is forwarded to the President for signing it into law.