The sarpanch had booked helicopter ride for his would-be wife and sought permission for constructing temporary helipad. 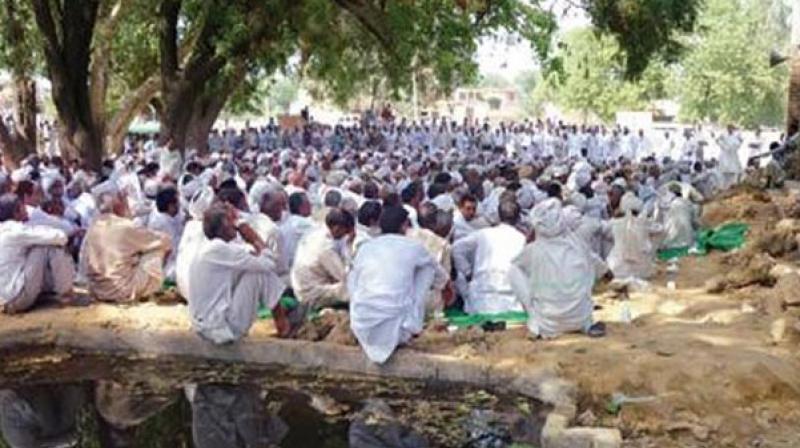 The district authorities stopped his marriage in nick of time on December 11 on receipt of a complaint that Mawai's future wife, a resident of Khaira village, was a minor. (Photo: PTI/Representational)

Morena: A 51-year-old Sarpanch of a village in Madhya Pradesh's Morena district was recently removed from his post after he allegedly tried to marry a 12-year-old girl from a poor family, district authorities said on Thursday.

Interestingly, the Sarpanch, Jagannath Mawai, who is already married, had booked a helicopter ride for his would-be bride and sought permission for construction of a temporary helipad in his Bahrar Jagir village earlier this month.

The district authorities stopped his marriage in nick of time on December 11 on receipt of a complaint that Mawai's future wife, a resident of Khaira village, was a minor.

"After the permission for (construction) of the (temporary) helipad was issued, we received a complaint from a villager that the girl is minor. When officials of District Panchayat and Child Development department checked the documents from her school, she was found to be only 12-year-old," district collector Bhaskar Lakshkar said on Thursday, adding that the girl had secured admission in class I in 2010.

Meena said Mawai was also barred from contesting local body polls for the next six years.

"This is a serious violation of law by a person occupying a responsible post. He was found guilty of violating the Prohibition of Child Marriage Act besides the Hindu Marriage Act as he was trying to marry for the second time despite having a wife who is alive. Further legal action will be taken," she added.

The officer said neither Mawai's wife nor the family members of the minor girl had filed any formal complaint against him.