'In the year 1991, God had shown me Solomon's Temple in my dreams,' says Lb Sailo, founder, Kohhran Thianghlim Church. 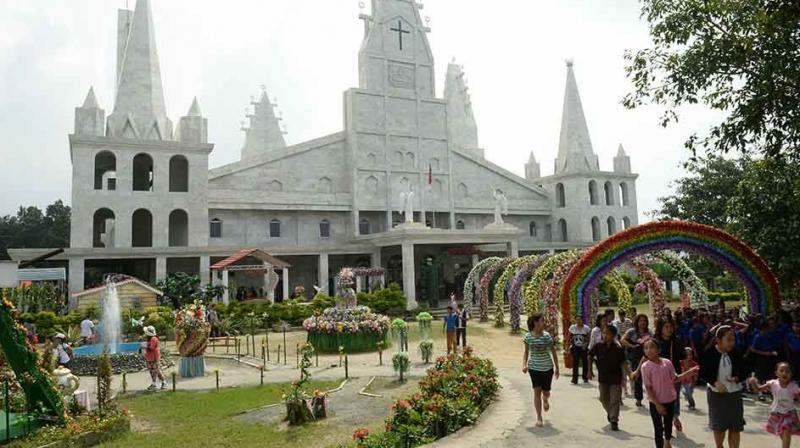 Chawlhmun/Aizwal: Tucked away in the lap of nature surrounded by lush green landscape, the Solomon's , the biggest Church in Mizoram, is now open for public.

After 20 years of construction, the church was recently inaugurated in the state and saw large number of people from across the globe attend the Church and be a part of the auspicious ceremony.

Solomon's , at , Chawlhmun, on the western outskirts of Aizawl was built by a religious group called Kohhran Thianghlim () and is run by the members of the religious group.

"In the year 1991, God had shown me Solomon's in my dreams. I never thought of Solomon's temple ever before, nor had any dream of constructing it, but when I was clearly shown in 1991, as soon as I wake up, I wrote down the temple as I saw in my dream", Lb Sailo, founder, Kohhran Thianghlim Church.

Even before the completion of the Church, the architecturally rich Church attracted visitors from around the world due to its immense significance.

Inaugurated on a very special day, Christmas, the holy Church was visited by a horde of people, attending mass prayers and seeking blessings from Christ.

Surrounded by deep forestry, the place has already become a kind of paradise for people.

"I am absolutely delighted to be at Solomon's temple, there are so many people gathered here with gaiety and fervour. It is absolutely mesmerizing. The architecturally rich and poignant Church has been made using imported white marble to make the temple the first and only temple in Mizoram with a marble structure," said a visitor.

It is worth mentioning that the foundation stone of this historic monumental multi-storied temple was laid in 1996, and soon after that the construction work began in 1997, paving a way to a successor to the original Solomon's mentioned in the Old Testament.

"It's my first time in Mizoram. I am here to study journalism. Yesterday we went around the city; it was a bit dull because it wasn't so decorated. But today it felt very good and festive spirit. It is very beautifully decorated and every little thing has been paid attention. We are having very good time here," said another visitor.

To make it convenient for visitors, 12 main doors have been constructed. The Church opens everyday from 9:30 in the morning and closes at 4:30 in the evening.

Moreover, the inauguration of the Church is set to increase the tourist inflow and place Mizoram as one of the hotspot tourist destination in the country.