11 of the dead are women, most of them in their 20s and early 30s. Most of the bodies were found near a women's washroom, witnesses said. 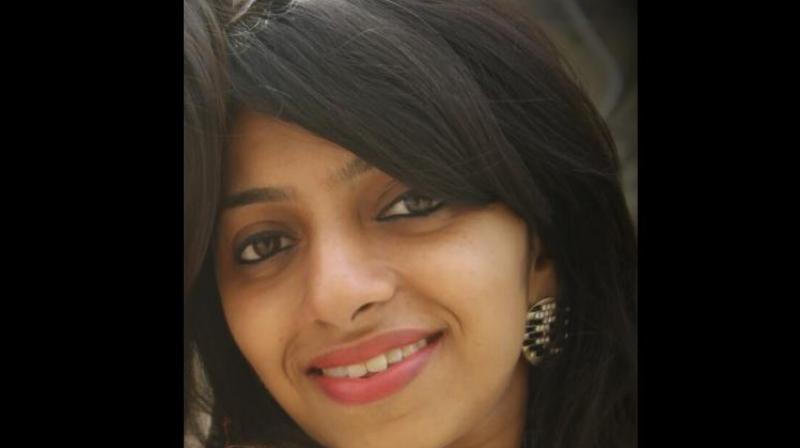 Khushboo Mehta, who was celebrating her 28th birthday at the '1 Above' restaurant, was among the 14 who lost their lives in the massive fire in Kamala Mills compound. (Photo: Facebook)

Mumbai: Khushboo Mehta, who was celebrating her 28th birthday at the "1 Above" restaurant, was among the 14 who lost their lives in the massive fire that had gutted Kamala Mills Compound late on Thursday night.

According to NDTV, Khushboo was cutting her birthday cake minutes ahead fire sparked and gradually engulfed the Kamala Mills Compound.

The video captured on a mobile phone showed Khushboo cutting a chocolate cake while laughing and joking with them. "Happiest Birthday Khushi", the video was captioned.

Khushboo's body was identified by her husband, the police said.

"My granddaughter has died. It was her birthday today. No one bothered to check...this restaurant had no fire extinguisher, no equipment to put out fires, no proper outlets. The civic bodies and police did nothing," said Khushboo's grandfather.

11 of the dead are women, most of them in their twenties and early thirties. Most of the bodies were found near a women's washroom, witnesses said.

Police said most of the victims died of asphyxiation in the tragedy at Kamala Mills Compound.

The birthday party was at the "1 Above" restaurant of the four-storey building, where the fire reportedly started from a false roof made of highly inflammable dry bamboo.

Among those dead were two brothers, who were on a holiday in Mumbai from the US. They died after venturing back into the building to locate their aunt.

According to The Indian Express, the three were celebrating with several other friends and were at a table near the entrance of the “1 Above”.

Fire officers located the bodies of Dhairya Lalani (26) and Vishwa Lalani (23) inside the washroom of the pub, along with several other bodies, including that of their aunt Pramila Kenia.

Officers said the three had no burn injuries on their bodies and had apparently died of suffocation inside the washroom where several appeared to have huddled.

Dhairya and Vishwa Lalani arrived in Mumbai two weeks ago. Having attended a series of weddings in the family over the last few days, on Thursday night, their aunt planned a party for the two at "1 Above".

A friend of the family, Nirvi Shah told the newspaper: “They had a table booked near the entrance of the pub. So when the fire broke out, those near the table immediately went down through the main gate. But after they came downstairs, they realised that their aunt Pramila wasn’t present.”

The duo then returned upstairs to locate their aunt.

“Two of their friends were struggling near the toilet. They saw Dhairya and Vishwa in One Above after the place caught fire. The two friends chose to brave the fire and ran through the pub to the exit and managed to escape,” said Shah. The three bodies were later found in the toilet of the establishment.

Kamala Mills in central Mumbai is among the sprawling mill compounds that have evolved into bustling hubs of restaurants, pubs and offices over the years.

Several media houses are also in the complex; the fire disrupted the broadcast of some channels.

Firefighters took more than three hours to bring the blaze under control.

An FIR has been registered against the restaurant '1 Above' where the fire initiated in Mumbai's Lower Parel locality.

The case has been filed under section 304 (charges of culpable homicide) of the Indian Penal Code (IPC).

Sulbha KG Arora, a Mumbai doctor, was at one of the restaurants when the fire broke out. After somehow escaping the blaze and the chaos afterwards, she shared her account on twitter.

The #KamalaMills fire started at 1 Above. I was there and barely made it out alive. Some were not so lucky. Praying for the injured and the deceased. It was the scariest thing I have ever survived!

There was a stampede and someone pushed me. People were running over me even as the ceiling above me was collapsing in flames. Still don't know how I got out alive. Some powers were definitely protecting me 🙏🏻 #kamalamills