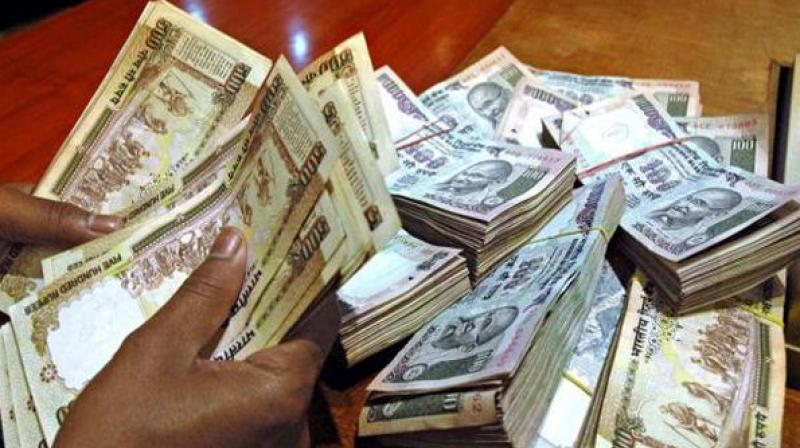 The notes withdrawn from circulation on November 8 to fight black money and corruption are being deposited at banks till December 30.

New Delhi: Holding “a large number” of old Rs 500 and Rs 1,000 notes beyond March 31 will attract a fine of Rs 10,000 or five times the cash held, whichever is higher, as the Union Cabinet approved on Wednesday the promulgation of an Ordinance to make the same a penal offence.

Sources said the proposal put to the Cabinet, chaired by Prime Minister Narendra Modi, also included a four-year jail term for offenders, but it was not immediately clear if it was approved. While there was no immediate clarity on the number of old notes that can be legally held, a news agency report said that their possession would only be permitted for research and numismatics.

The notes withdrawn from circulation on November 8 to fight black money and corruption are being deposited at banks till December 30. After that there will be a window till March 31 to deposit them at Reserve Bank of India (RBI) branches. As per the Ordinance, furnishing wrong information while depositing the old currency between January 1 and March 31 will attract a fine of Rs 5,000 or five times the amount.

The Specified Bank Notes Cessation of Liabilities Ordinance will be sent to President Pranab Mukherjee for his assent. It is expected to be replaced by a law in the Budget session of Parliament, likely to begin by the end of January.

The Ordinance would also amend the RBI Act to extinguish the government’s and the RBI’s liability — to pay the bearer of the scrapped notes the value promised. Similar laws were enacted in the past after the demonetisation of Rs 1,000, Rs 5,000 and Rs 10,000 notes in 1978.

PM Modi’s announcement of his radical monetary reform to a stunned nation scrapped Rs 15.44 lakh crore overnight. Of this, about Rs 14 lakh crore has been either exchanged or deposited at banks. Some of the remaining scrapped cash in circulation has also been destroyed to escape scrutiny.

While the high-denomination currency ceased to be a legal tender, a mere notification was thought to be not enough to avoid future litigations. The RBI’s pledge on the scrapped currency can be nullified only by legislation after giving due opportunity to everyone to return old notes.

Targeting the Modi government for taking the ordinance route to impose penalty for possessing the scrapped notes, the CPI(M) said it employed the “backdoor method” as it was afraid of facing Parliament.

Congress vice-president Rahul Gandhi sought a white paper on demonetisation and placed a charter of demands including lifting of all restrictions on cash withdrawal, and compensation to farmers, traders and the poor who have “suffered” due to the note ban.

Starting tomorrow, the Congress will hold a series of programmes including press conferences and demonstrations across the country on the issues of demonetisation and “personal corruption” of Prime Minister Narendra Modi.