The arrival of Rafale fighter jets in the state came up during the meeting between French Ambassador to India and West Bengal Governor. 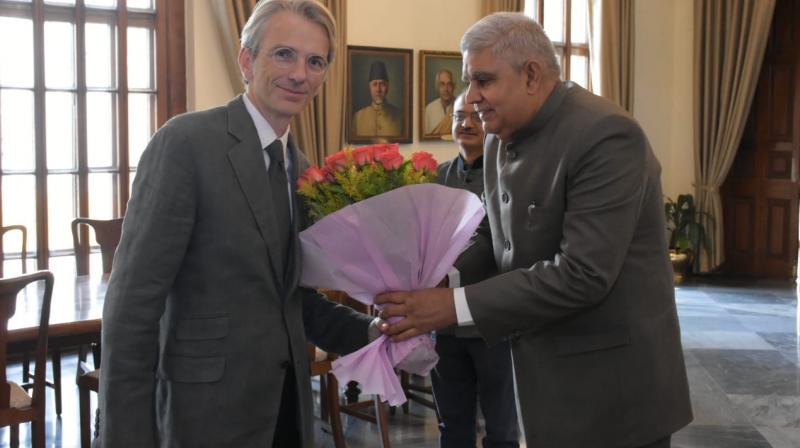 Kolkata: One of the first batches of Rafale aircraft will land in May next year in West Bengal where the second squadron of the Medium Multi-Role Combat Aircrafts (MMRCA) of the Indian Air Force is going to be raised at Hasimara Air Force Station in Alipurduar. Significantly the first batch of four Rafale aircraft is expected to arrive in India around the same time.

The arrival of Rafale fighter jets in the state came up during the meeting between French Ambassador to India Emmanuel Lemain and West Bengal Governor Jagdeep Dhankhar at Raj Bhavan on Friday. Lemain was accompanied by the French Consulate officials in the city during his visit to the Governor.

The Raj Bhavan stated, "Several issues of common interest came up for consideration. Hon'ble Ambassador expressed his happiness at the incremental cooperation between India and France. One of the early Rafale would be landing in the State of West Bengal in May 2020 and Hon'ble Governor Dhankhar indicated he would make it a point on that a momentous occasion."

According to the sources, Rafale will, however, be deployed by the IAF in first at Ambala airbase in the Western sector, followed by the eastern sector. So far Dassault Aviation, which builds Rafale aircraft, has handed over three fighter jets to the IAF. These aircrafts are now being utilised for training the IAF pilots and technicians in France.