The Speaker then adjourned the House for an hour. 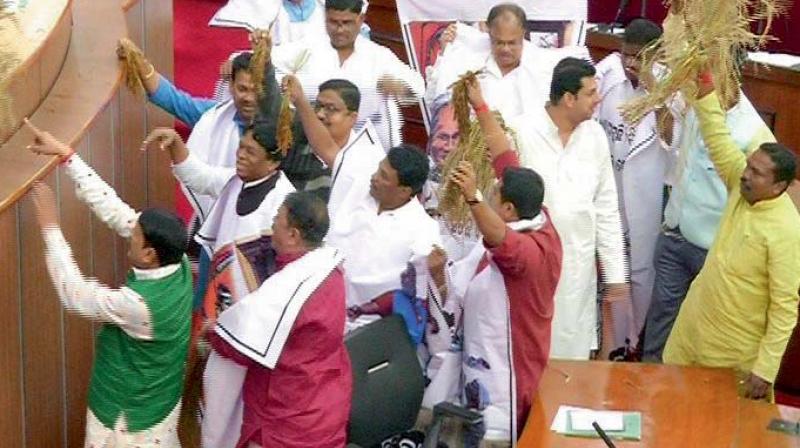 Bhubaneswar: Politics over paddy on Tuesday washed away the opening day proceedings of the Winter Session of Odisha Legislative Assembly. While the Opposition blamed the ruling BJD for the rise in the number of farmer suicides, the treasury bench members created ruckus on floor of the House protesting non-revision in Minimum Support Price  (MSP). The House was adjourned for the day after the Opposition Congress stalled the proceedings alleging apathy of the Centre and the ruling BJD government towards farmers’ issue in the state.

As soon as Speaker Pradeep Amat announced the commencement of the House business, the Congress MLAs, holding pest-damaged paddy plants, stormed into the well of the House.

The Speaker then adjourned the House for an hour.

Later, it was adjourned for the day. While the war of attrition continued unabated, the BJD MLAs also staged demonstration in front of the Mahatma Gandhi statue in the Assembly.