Mr Rao also announced the introduction of a “TS-Wallet” scheme soon to encourage cashless transactions in the state. 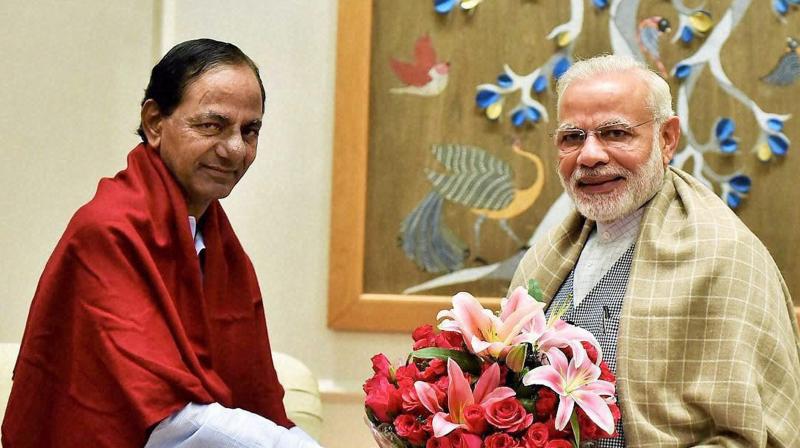 Hyderabad: Andhra Pradesh chief minister K. Chandrasekhar Rao on Monday said if Telangana state was to survive demonetisation, it should become a “cashless transaction state” as soon as possible and the government would come up with measures to achieve this task faster.

As part of this, cash transactions of only up to Rs 500 would be allowed and anything over this would have to be made through bank transactions like cheques, debit / credit cards etc.

Addressing a press conference in Secretariat to brief the details of the Cabinet meeting, Mr Rao said that only the abolition of high value currency notes would not check black money and appealed to Prime Minister Narendra Modi to dismantle black money in all forms like jewellery, foreign currency, shares etc., else the demonetisation exercise would be futile.

Mr Rao also announced the introduction of a “TS-Wallet” scheme soon to encourage cashless transactions in the state. He also predicted abolition of the new Rs 2,000 notes anytime.

The CM said that Mr Modi should scrap income tax after India became a “cashless transaction country” because the Centre’s income would increase manifold after this and there would be no need to impose I-T on people. He, however, welcomed the PM’s decision on demonetisation saying that it was for a noble cause of curbing black money and should not be opposed blindly.

Mr Rao said a five-member task force to recommend measures on making TS a cashless transaction state had already been constituted and it had started its exercise from day one of demonetisation. Based on the committee’s suggestions, he said the government had decided to allow high-value transactions in departments only through banks and no cash will be accepted.

Mr Rao admitted that people were going through severe hardships on account of currency crisis. “Telangana has around Rs 75,000 crore of cash in circulation. After demonetisation, Rs 35,000 crore was deposited in banks, while banks supplied only Rs 12,500 cash. Even this comprised Rs 2000 notes, which served no purpose due to the change problem. This huge demand-supply gap in currency resulted in sufferings for people,” Mr Rao added.

He said the state had suffered revenue losses of up to Rs 1,500 crore this month and was expected to lose up to Rs 7,500 crore in the remaining four months of this fiscal.

“As of now there is no problem to pay salaries and pensions for staff. The real impact of demonetisation will be felt in December,” Mr Rao said.

He said he was also in favour of extending government funding for political parties to fight elections.