India   All India  29 Nov 2016  Pakistan envoy says will be ‘positive’ if talks mooted
India, All India

Pakistan envoy says will be ‘positive’ if talks mooted

Mr Sharif’s foreign affairs adviser Sartaj Aziz will attend the Heart of Asia conference in Amritsar in the first week of December. 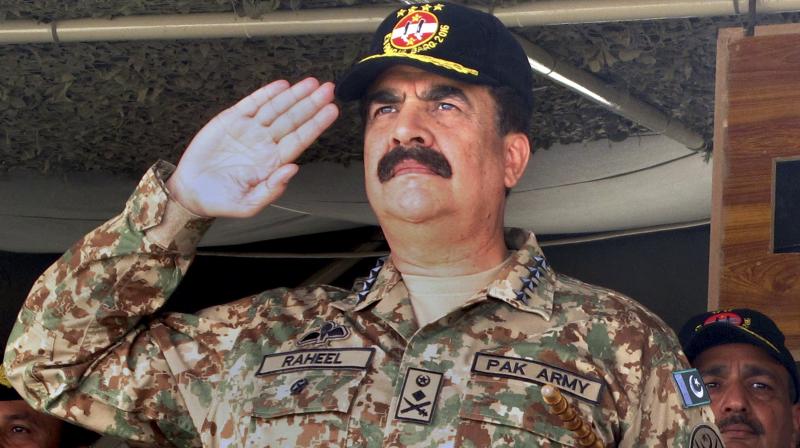 New Delhi: Chastened by the strong Indian military response at the borders, Pakistan on Monday sought to nudge India towards talks, with the move coming just days ahead of the start of the Heart of Asia conference (on Afghanistan) in Amritsar. The timing is seen as significant, considering that the Pakistan Army’s hardline chief, Gen. Raheel Sharif, will demit office on Tuesday, paving the way for a reassertion of authority by Pakistan PM Nawaz Sharif.

Mr Sharif’s foreign affairs adviser Sartaj Aziz will attend the Heart of Asia conference in Amritsar in the first week of December. On Monday, Pakistan high commissioner to India Abdul Basit told a TV channel that if India, being the host of the HoA conference, mooted a proposal for talks, Pakistan would consider it “positively”. He also said that as of now there was no proposal for bilateral talks (between Mr Aziz and the Indian leadership in Amritsar on the sidelines of the conference).

Asked about the impact of the change in guard in the Pakistan Army on the civilian government in Pakistan, Mr Basit said the civil-military issue was “unnecessarily given importance”, and all institutions in Pakistan were in favour of democracy.

The high commissioner again spoke about Kashmir being the “core issue” between the two countries and the “root of tensions”. He also claimed Pakistan also “wanted to talk about its concerns on terrorism” and raise various issues with India, adding that peace can be achieved only through dialogue. “Pakistan wants peace. It wants the troubles between the two countries to end. Terrorism is definitely an issue,” he said.