Writer was hounded by Hindutva and caste-based outfits for his novel Madhorubhagan. 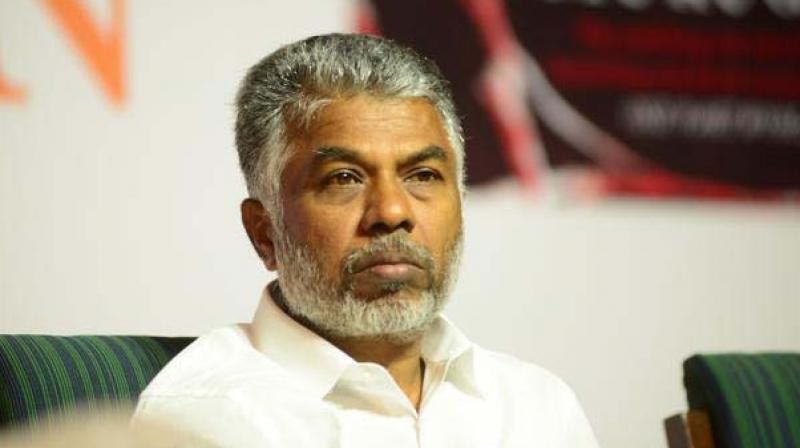 Bengaluru: Noted Tamil writer Perumal Murugan, who was hounded by Hindutva and caste-based outfits for his novel Madhorubhagan, which was later translated to English — One Part Woman, dwelled on the deep rooted influence of caste in the Indian society and how his own mother was not free from it.

Sharing his experience at a panel discussion titled, “Saathiyum Naanum” (Caste and I) moderated by C.S. Lakshmi (pseudonym ‘Ammbai’) at Bangalore Literature Festival 2017 on Saturday, he recalled how his mother refused to be touched by a dalit girl, who had come to look after her while she was suffering from Parkinson’s disease.

Murugan said, “My father ran a soda outlet inside a movie theatre near our village. People from all walks of life used to come often to our house. This had given me an impression that my mother was not a casteist. But when I married out of my caste, she refused to come out of the house for months.”

She was afraid of facing people and our relatives because of my marriage, Murugan explained and added that he struggled to get her out of the house and accept his wife.

When she was suffering from Parkinson’s disease she used to often become unconscious and I had appointed a dalit girl to take care of her. She was very upset and even resisted being taken care of by her, he said. Murugan also recalled how his mother was worried about being buried after death.

“Burial place is directly related to one’s caste. We lived on border of two villages. I paid taxes to both villages as my mother had feared that even if one village doesn’t allow her body to be buried on the caste grounds (as I married outside my caste), the other village may allow. I even paid tax at Namakkal city hoping they will permit to bury my mother,” Murugan said.

He remarked that after the introduction of electric crematorium, all the taxes he paid went waste as ultimately his mother was cremated there.